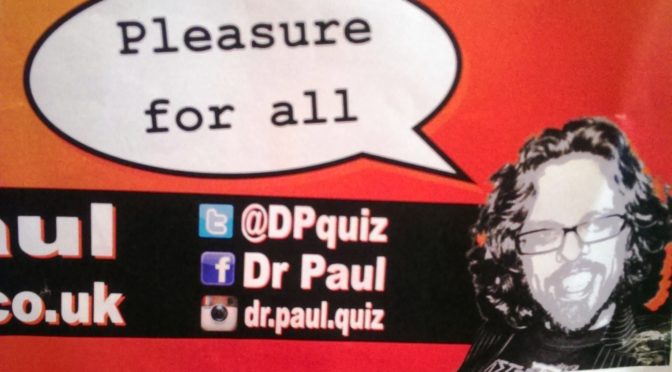 It’s John Lennon out of the Beatles, a couple of weeks into the 1970s, with a new haircut for a new decade.

Fun facts about the song:

Meanwhile the Safari Lounge music round will contain this song by Avril Lavigne:

This Avril Lavigne song is one of the most unconvincing things I have heard since the Bank of Scotland and RBS both closed their branches at Goldenacre and had the nerve to put up posters explaining why this would be BETTER for me as a customer, because although the nearest branch was now absolutely fucking miles away, it would be a better branch.

Anyway, what are my banking woes to you, the quiz fan? Nothing at all. Don’t let me bother you.

Instead, come to the quiz, win the money and take a photograph of yourself. You won’t regret a thing.