First Thursday of the year and decent jackpots too. Hope to see you at the quiz tonight

Here’s the cheat clip for tonight’s music round at the Newsroom:

The youtube comments on the song argue over whether it was heroin or alcohol that killed singer Phil Lynott in 1985. Wikipedia says “he died of pneumonia and heart failure due to septicaemia… on 4 January 1986, at the age of 36.”

But the heroin obviously didn’t help.

This week’s point: ELECTIONS ARE NOT DEMOCRATIC. MPs ARE NOT REPRESENTATIVE.

We are told we have a “representative democracy“.

Members of the UK Parliament are currently paid over £77k a year. This is the basic salary, before expenses and any other income from writing books, chairing committees, property investments, after-dinner speaking and all that baloney.

So all MPs earn nearly three times as much as an average earner, and the multiples are intensified when you look at the people beneath that average.
An article on GQ gives these averages: retail assistants (£10,296), hairdressers and barbers (£10,019), cleaners (£7,919), waitresses (£7,554)

How can an MP have any clue at all what life is like for his or her constituents earning ten times less cash? How can they truly “represent” any class except their own?

I don’t think they do. I say they only represent their own class, the professional class, and that’s what parliament is: it’s a talking shop for the well-to-do.

The only thing that could change this is either if MPs were paid the national average, or if parliament was chosen in the same way that juries are chosen: by random selection.

If the last option sounds mad, it’s not without precedent. Elections are a new way of doing democracy, random selection stretches back to Ancient Greece and, in a limited fashion, Ireland is doing it now

Our current political systems are broken, they have created a professional political class that naturally gives first service to the wealthy and treat the rest of us as an afterthought.

Disagree? Come and argue with me at the quiz.

NOTE: We are UPSTAIRS tonight at the Argyle Bar (i.e. the ground floor instead of the cellar)

Ooooh. It’s nearly over. One more week upstairs at the ARgyle for me. A couple of more days of total idiots clogging up the town, then we can all relax as they run back off to London to check whether they’re famous yet and whether someone’s offered them a slot on8 out of 10 cats or some such shit.

Anyway – one or two more nights left of their company. Come to the quiz. Give yourself some breathing space.

By the way, here’s tonight’s music round cheat which is for the Argyle: The song is a personal favourite – France Gall’s winning Eurovision entry from 1965. It’s a belter:

I mean, not as good as Marti Pellow, but still excellent.

Yeah. Also, remember to stop me and buy a packet of Cunto Cards  if you’re looking for that special gift for the foul-mouthed fiend in your life. 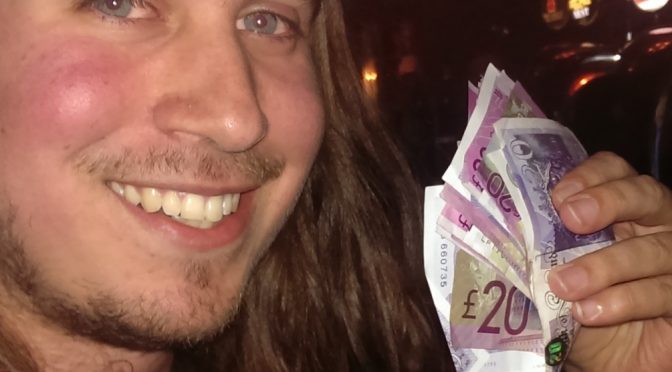 NOTE: We are UPSTAIRS tonight at the Argyle Bar (i.e. the ground floor instead of the cellar)

The festival roars on with its collection of wannabes, superstars, locals, tourists and wankers.

Remember, if you’re going to drink with all kinds of people you deep-down hate, its best to win a bit of quiz cash first.

By the way, here’s tonight’s music round cheat which is for the Argyle at 7pm:

That’s got twang. Generally I can’t be bothered with Van Morrison but this is a tune.

Yeah. Also, remember to stop me and buy a packet of Cunto Cards  if you’re looking for that special gift for the foul-mouthed fiend in your life. 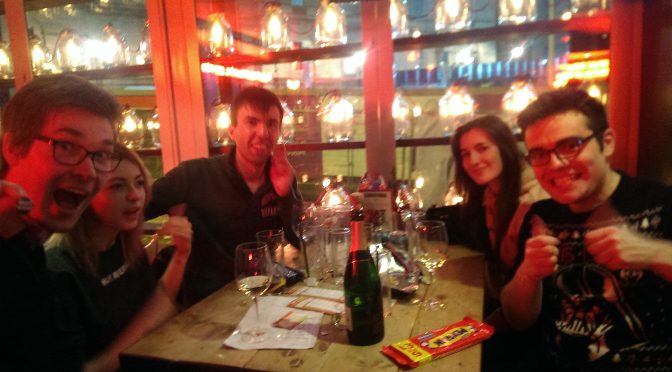 9pm – The Newsroom. Jackpot £100. Cheat answer: One Direction (music round)

Here’s the music round cheat for tonight at the Newsroom. The Newsroom attracts its fair share of after-work Colins and Susans so they probably know this one already:

I’d love to buck the trend and say something nice about One Direction but it won’t be for this song which is more pish than a Glastonbury portaloo.

So anyway, bring your friends. Come to the quiz. Sit down and answer questions. Get them right. Win.

If you’re still reading this you may enjoy my TWITTER for even more Dr Paul related infotainment. 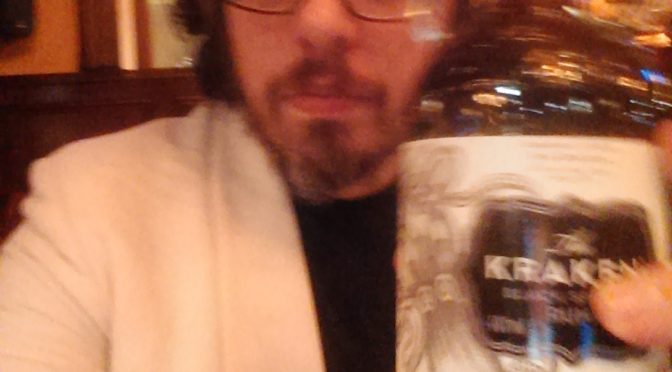 The music cheat for the Newsroom tonight is Alicia Keys.

The video is great. It starts off with Alicia Keys looking AWKWARD in her boots but this is soon forgotten as she hits the streets and reveals herself as a superhero who can HEAL DOGS with a single touch.

Then she rides a bmw motorcycle to an ABANDONED INDUSTRIAL FACILITY to pump her piano and then nearly busts some guy’s face with her mysterious powers which in turn make her CRY.

If you’re still reading this you may enjoy my TWITTER for even more Dr Paul related infotainment. 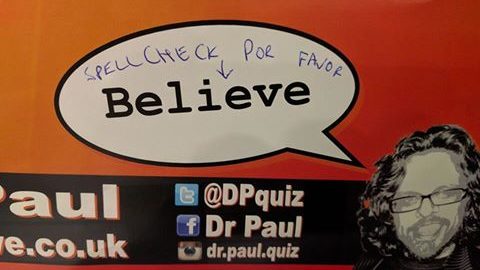 Thursday offers you the chance for sexy underground vibe in Marchmont or upfront street cocktail action at the Newsy. Both are terrific beyond comprehension.

If you’re coming to the quiz tonight, be aware of the cheats mentioned in the details above. It’s like a free answer.

Here is the cheat clip for tonight’s Newsroom music round.

It’s Simply Red who used to dominate the UK Singles Chart like Google dominate search. This was one of their most memorable hits:

In fact, it was their first hit and it made Mick Hucknall a star and ginger-haired sex-symbol.

It’s a cover version. The original is American and has a hefty, sleazy-funk edge. Is it better? That’s up to you.

This is the music round cheat from tonight’s music round at the Newsroom: (there’s a guy with an absurd rainbow jumper in the band – don’t miss the clip)

By the way, don’t you just love it when you win the money at the quiz and just strew it over the table like surplus food? 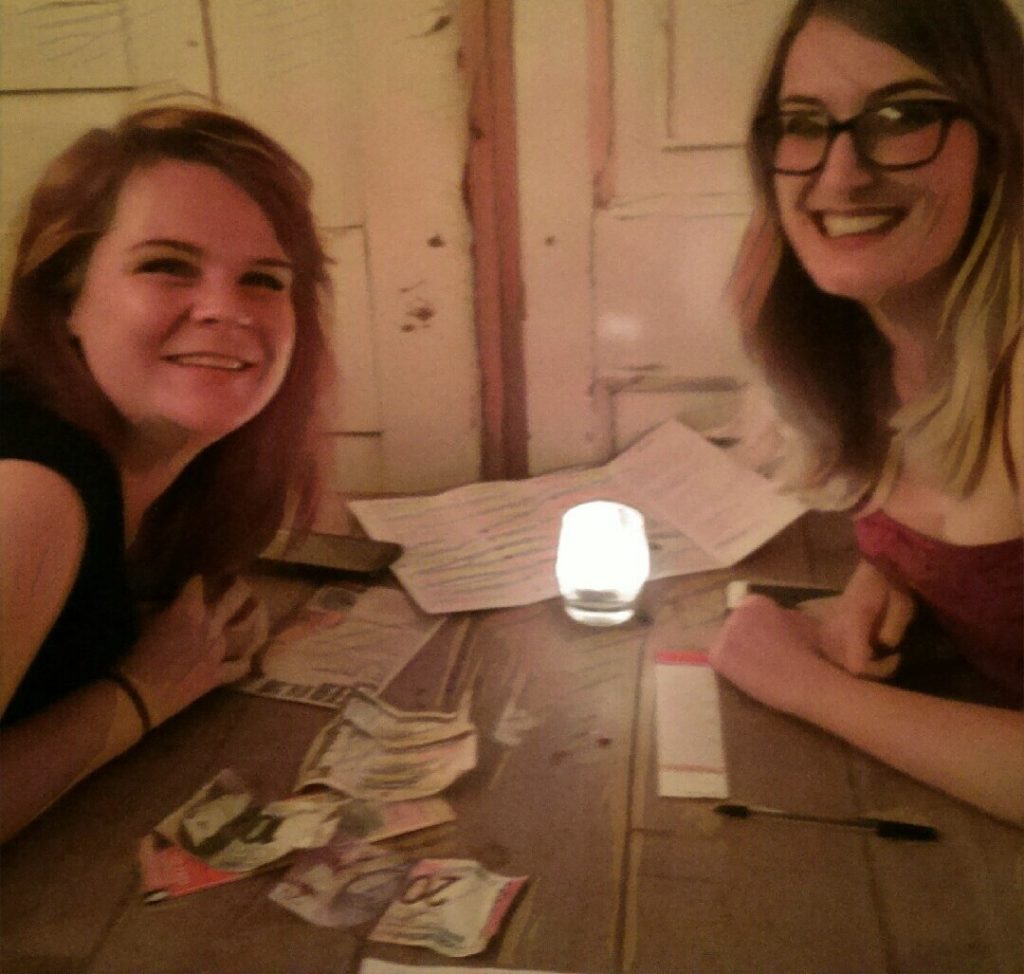 This prize opportunity is represented by Dr Paul. Come to the pub and give thanks!