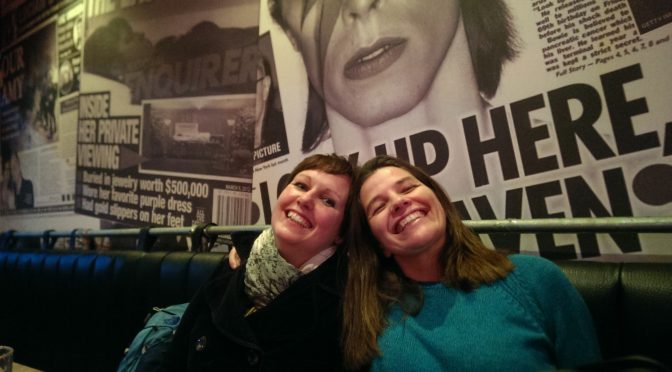 Currently in Refurb. (The pub should have been re-opened by now but they had to replace the roof so new date is currently unknown)

The Seventies gave the world Showaddywaddy and now the genie cannot be put back in the bottle.

There can now never be a state of the world in which Showaddywaddy does not exist.

It’s with us forever.

This tune is one of their most immortal and will feature in tonight’s music round at the Newsroom:

So come to the quiz. The bigger jackpot tonight is at the Strathie, the pub that accepts you just the way you are. 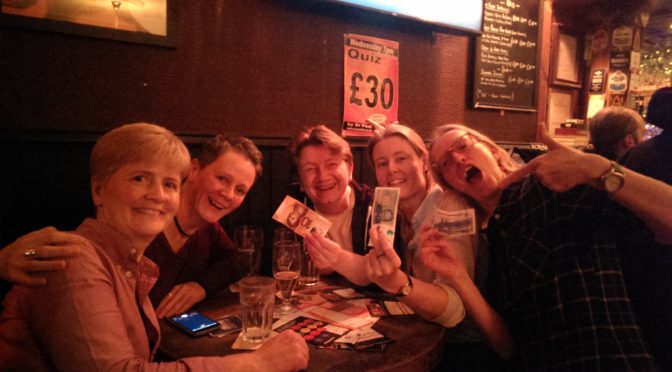 Come on. Let’s get into our best clothes and go to the quiz. There will be princes, paupers and pop stars all there. And maybe pandas. What a rare and precious midweek delight.

Tonight’s music round at the Brass includes the Velvet Underground who are the kind of people who look really cool but if you get within ten feet of them you can smell the self-doubt.

The video includes rapid zoom pull techniques which must have seemed like an actual revolution at the time and now just seem like a drunk kid is in charge of the camera.

What’s better are the Spanish subtitles which bring internationalism to the video, e.g: ‘Estoy esperando a mi hombre’

Is Spanish the coolest language? Put of the ones I can think of, Spanish is up there. Greek is obviously the greatest and Russian is pretty cool because it always sounds like someone is about to die.

Italian’s great as well: it gives you the sense that anything being said is absolutely the most important statement of all time.

English is funnier – but that’s probably because I understand it. Like Ha Ha.

Asian languages? I haven’t got a clue.

Anyway – tonight’s quizzes are in English. If you want me to translate the questions, I can – but the translation will be sub par. It’ll be like listening to a wired 5-year-old trying to explain their day to you. You know: you’ll get the odd word but overall it’ll be an incomprehensible mess.

I wish I was a linguist.

See you at the quiz tonight 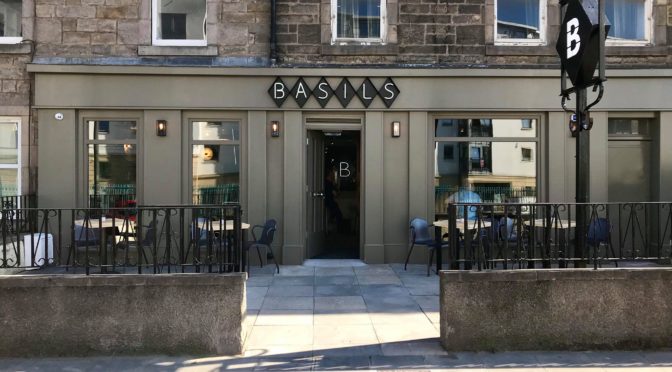 Come and check out the new pub on the DP Quiz scene. It’s down in Newhaven, which is like Leith – but better!

Basils used to be the Annfield but its been completely refurbished and looks great, serves great food and now it has a great quiz to match.

Basils have hired quizmaster Michael to run the show for them on Tuesday nights. Quiz starts at 8pm

If you get the email or red this page then you’ll always get a free answer for the quiz.

So, tonight’s music round includes a song by Kasabian. Here’s the video of the song which includes a made-up plot which means nothing at all and some of the least impressive car chase scenes you have ever witnessed:

Last week’s quiz was a good ‘un and there was a rollover which means you’ll be playing for £60 tonight. Come and win it! 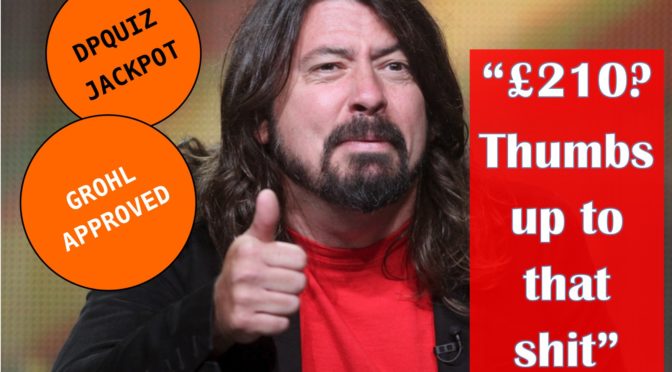 Do you find numerological significance in dates? Today’s the first 20th of 2020.

Personally, I’m not seeing anything.

January fact: the average daytime high temperature during January in Edinburgh is 7 degrees C. When you think about it, that’s not too bad.

Anyway – here are the cheats for tonight. First is a piece of hip hop by an original master: KRS-One:

This will appear in the music round at the Brass Monkey Leith:

This tune is from the late 90s, but KRS-One made his mark in the 80s – and is still releasing albums today, which reminds me: I bumped into Edinburgh’s own original hip-hop force: Pedro Solenoid, and he assures me that although he’s been out of the game for nearly ten years, he’s back and recording TWO ALBUMS worth of new rap, right now.

Meanwhile, the music round cheat for the Argyle Bar is some bollocks old French nonsense by a band called Hot Blood.

It boasts quite literally the greatest pop video ever made, and a clear inspiration for Michael Jackson’s Thriller which came later:

The genius of Soul Dracula is that if you bumped into him one night in South Leith Kirk Churchyard – you wouldn’t even be scared because he’s so ridiculous.

But then, as you laugh… he’s got you.

So more scary than you first think.

Tell you what else is scary: the thought of SOMEONE ELSE winning that £210 at the Argyle Bar tonight. Blow me down! It’s a cracker. 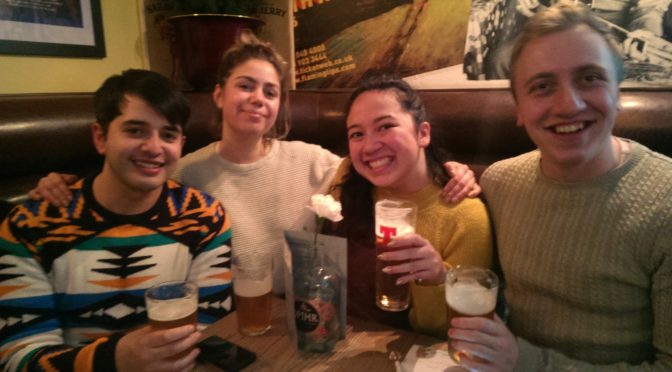 Come to the quiz tonight and prevent your own financial disaster by winning the money. Ninety quid at the Percy, by the way!

Now here is the cheat item for tonight’s music round at the Tolbooth . It’s veteran Californians No Doubt:

The singer is, of course, Gwen Stefani. No Doubt is her band and I was about to write something about how she left them to go solo but, upon looking up the mighty Wikipedia, I see that No Doubt never split up with Stefani – they have had a few hiatuses.

So Gwen Stefani managed to have a solo career and a band career which is great skills, I’m struggling to think of others who have successfully done the same…?

Anyway – Sunday is unstoppable. If you want to get out of the end of it and actually feel like something happened, then I recommend the quiz. 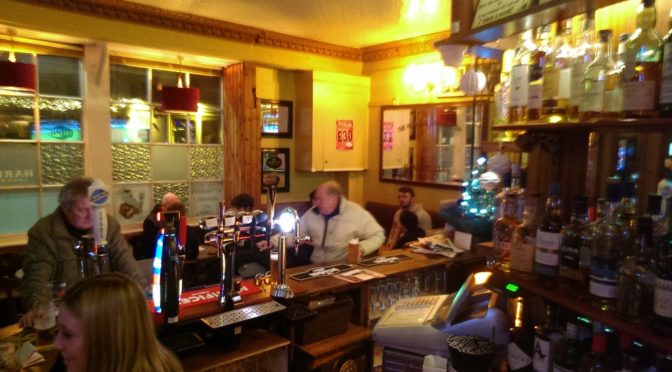 Can you feel the fever? That’s Thursday, creeping up your leg like poison ivy.

Currently in Refurb. (should be re-opened in the early New Year)

Here is the cheat clue for tonight’s music round at the Strathie which is a young lad with a bright future, a chap called Wayne Wonder with his song “No Holding Back”

Well, when I say he’s got a bright future, that was then when this song was released in 2003.

Wayne Wonder is now 47. ‘No Holding Back’ was a bit hit in several countries but it turned out to be his only real hit.

You would imagine he’s now working as an agent or a tour operator or something like that but it’s encouraging to visit his Twitter profile to find out that he’s still making and releasing music.

He’s still doing it, a bit like a less-successful Craig David who, as we all know, was BORN to do it.

Anyway – win the quiz tonight, and only tonight, and you too could have that Wayne Wonder feeling in your life. 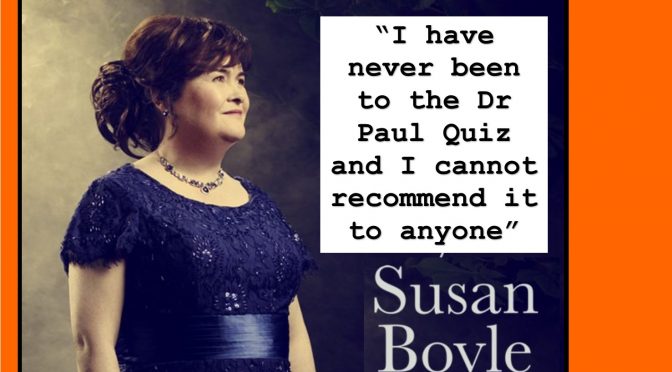 January sorts the men from the toasters and the sheep from the women and the girls from the triangles and the spoons from the boys.

Basically: if you got out in January, you’re cool.

One of your best opportunities to do this is at the quizzes tonight:

Tonight’s music round at the Joker includes the greatest singer of all time, Grace Jones. This is her song:

I haven’t watched the full video, I dare say it won’t do the song justice cos its only 3 minutes long.

I used to have the album this song was on and I swear the full version is more like six or seven minutes long unless that was the weed. I don’t smoke weed these days.

Anyway – choose a pub for tonight: the cosy and delightful Joker or the piquant sub-mayhem of the Monkey.

Whoever loses, we all win.

And by the way, I know there’s things like cancer and Ebola nad people starving but I’m still annoyed that my new washing machine has buttons which lack a satisfying clunk or press-action.

The whole action is just too shallow and you’re never quite a hundred per cent certain if you’ve pressed it or not and you have to wait a few seconds to hear the water start coming through, and THEN you know you’ve pressed it.

The Iran situation and the Brexit situation will sort themselves out but if you’re a designer for BEKO washing machines, then you can fuck off.

There, I feel better.

See you at the quiz tonight

If you like the smack of sea air and excellent bus connections – Newhaven is the place for you.

And this great little corner of Edinburgh now has the pub it deserves thanks to the opening of Basils.

Basils have wisely hired super quizmaster Michael to run the show for them on Tuesday nights. Get yourself along and get into his cash and booze prizes tonight! –Basils

If you get the email or red this page then you’ll always get a free answer for the quiz.

For example: tonight’s music round includes a piece of work by Mink Deville, an idiosyncratic classic from 1977 that you must have heard at some point:

So the quiz is ready, Michael is fired up and ready to go.

Come and be the first ever Newhaven winner of the DP Quiz – TONIGHT! 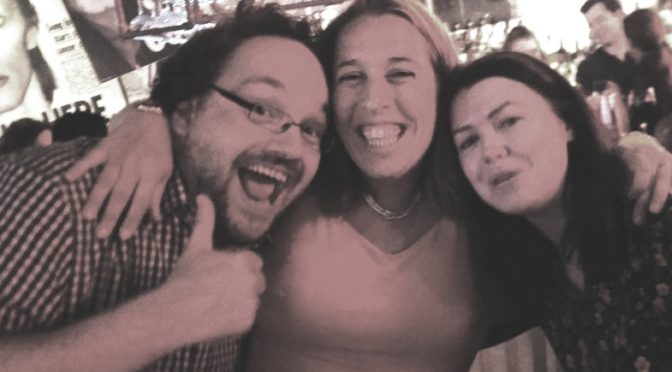 Mondays are the cool night where the coolest radges and radgettes stalk the streets, impervious to the midweek stay-at-home demand issued by The Corporation.

The first is for the Portobello Tap and is by a Scottish band called Glasvegas. The style reminds me of 80s bands like The Mighty Wah and The Damned (not when they were proper punk but when they did ‘Eloise‘)

And the music round cheat for the Safari Lounge is a far more annoying set of musicians: some Yanks called Metro Station.

They have all the charm of shitehouse bland bands like Maroon 5 and Train, distilled through the unerring self-confidence of American youth.

Who knows? They might well be nice guys in real life but I’ve watched the video and based on that, I reckon they’re a squad of dicks.

Anyway – even the most annoying music round clip only exists for about 20 seconds, so don’t let Metro Station be the reason you avoid the quiz tonight.

Come and join us – be one of the cool people – people who DO go out on a Monday. And remember the ferociously large jackpot at Kerry’s quiz at the Argyle tonight: £180 British pounds 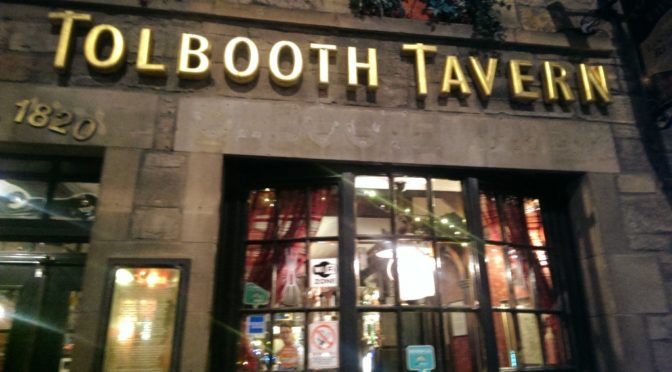 IF I have scratchcards on me, AND someone deserves it, THEN I hand out a scratchcard prize for Best-Dressed.

This smart character was a slam-dunk home-run for the scratchy at the Tolbooth.