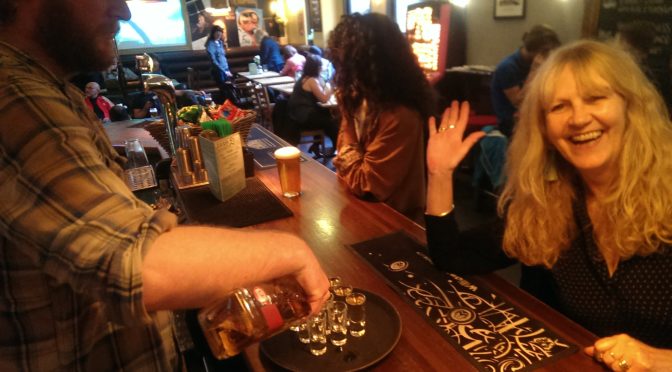 There’s hefty English football on this afternoon (Liv v Man) which means if you want to see grown men becoming grumpy about a ball game you should come along to the Persevere when I will be switching the sound on the football over to my channel with about 20 minutes still to play.

It’s football’s own fault. The football and the quiz used to dovetail nicely when they started the games at 4pm, but sometime during last season they began trying 4.30 kickoffs and this must somehow make them more money, because they’ve stuck with it this season.

Quiz aint moving, cos I have another quiz later and I’m habitually slightly too late to get that one started anyway. So no moving.

And if the Premier League has a problem with this then I will fight the Premier League boss of scheduling at boxing for the right to choose match times, and also to raise my social media profile and make a million pounds. The challenge is here, now.

Anyway, here’s the audio cheat for tonight which refers to the music round at the Persevere:

This still sounds great after all these years. And I’ve just discovered that the singer’s name is Durga McBroom.

Durga McBroom. Can anyone beat that for a name?

She’s the vocalist but the guy who did the music is interesting. His real name is Martin Glover but he goes by the name “Youth” although he is now 58 years old.

A quick wiki reveals he was involved with all sorts of different music : Killing Joke, The Orb, U2, Paul McCartney, The Cult, The Verve, The Sugarcubes and even Alien Sex Fiend.

Any, Sunday is the day of the Lord, day of family, day of Remembrance (today only – official), and the day of pub quiz.

Gonna be bringing back the signed Marti Pellow pic

Which quiz category do you fear most: Film or Musi

Other fine art puns are available but this one is

According to Plutarch, Aesop (the fable guy) died

Pickering's Gin are back tonight as our sponsor fo

Name these logos from film, publishing, aviation a