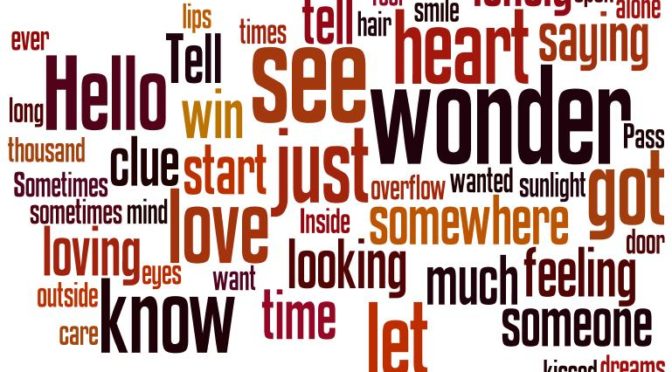 Sunday night doesn’t get better than this: a wee walk to the pub. A thrilling Dr Paul quiz, perhaps with a win, perhaps not. Then a few more pints of wine, a daunder home via the chippy and then watch Das Boot on Netflix.

Such perfection could be yours… tonight!

For the quiz at the Tolbooth, here is the video for tonight’s music round free answer:

This is one of those pop videos that’s intercut with scenes from a film in which the song was used. The film is ‘The Fault In Our Stars’ in which young Americans with terminal cancer visit Amsterdam, fall in love and die.

I just read the Wikipedia summary, I haven’t seen the film and probably won’t because I usually watch films for entertainment and terminal cancer just doesn’t cut it for me as a leisure activity.

For exampe I watched ‘Rio‘ with my daughter the other day which is an animated film about parrots and monkeys with loads of songs and jokes. That was more like it.

Having said that, The Fault In Our Stars did well and has good ratings. If it’s your kind of gig then it looks like a good film.

Anyway – no one is going to die at the quiz tonight. That’s my prediction anyway.

Happy flowers for sure, although I dunno, maybe I

Custom one six one

You get all sorts of loonies on the cycle path. He

Lothar Matthäus has moved into our street #westge