That’s four rollovers at the Argyle over the last four weeks. Surely we’ll get a winner tonight?

Meanwhile here’s the cheat clip for tonight’s music round at the Argyle: which is a sixties called Dave Dee, Dozy, Beaky, Mick and Titch with a quality rocker from back in the day… I know I said that last week’s film was the greatest film ever made  but this chart hasn’t been written in advance, I’m just thinking of the best film I can every week for 10 weeks so by the time we hit number 1 it should be totally banging.

Anyway-  I re-watched The Good The Bad And The Ugly a couple of months ago just to check it is still brilliant and I was not let down.

Maybe you know the title but don’t know the film. Basically a story of bounty hunters, outlaws, civil war and treasure and it’s set in the American old west but filmed in Europe and made by the Italian director Sergio Leone.

There were several films of this ilk in the 60s which were made by Italian directors so they got the (slightly derogatory) name ‘Spaghetti Westerns’.

Unlike most American-made westerns, then men in the films were not clean-cut heroes. They were all dirty bastards, even the “goodies”. It was a refreshing change.

The Good The Bad and The Ugly is the last and the most famous of a trilogy by Leone and it’s just terrific.

There’s dirt in spades, sudden death at every corner and situations that just look like the end of the line, scenes of real desperation.

The film carries a constant sense of murder, menace and cheap life. All the way through you’re thinking “Ah couldnae cope with this”. 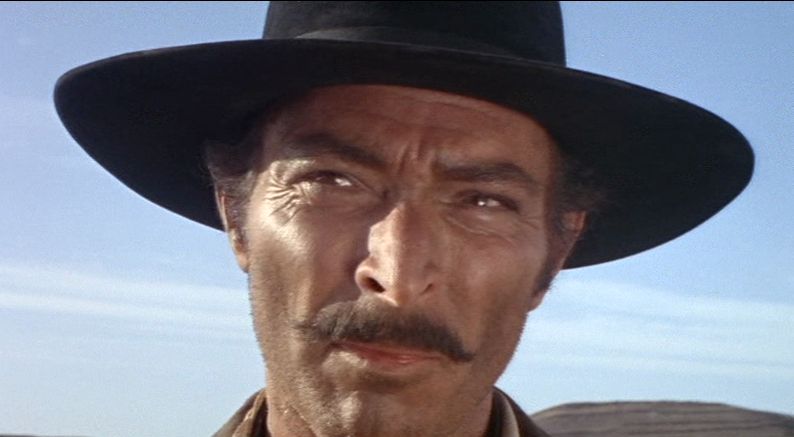 At the same time it manages to be funny, but without being a stupid clown. 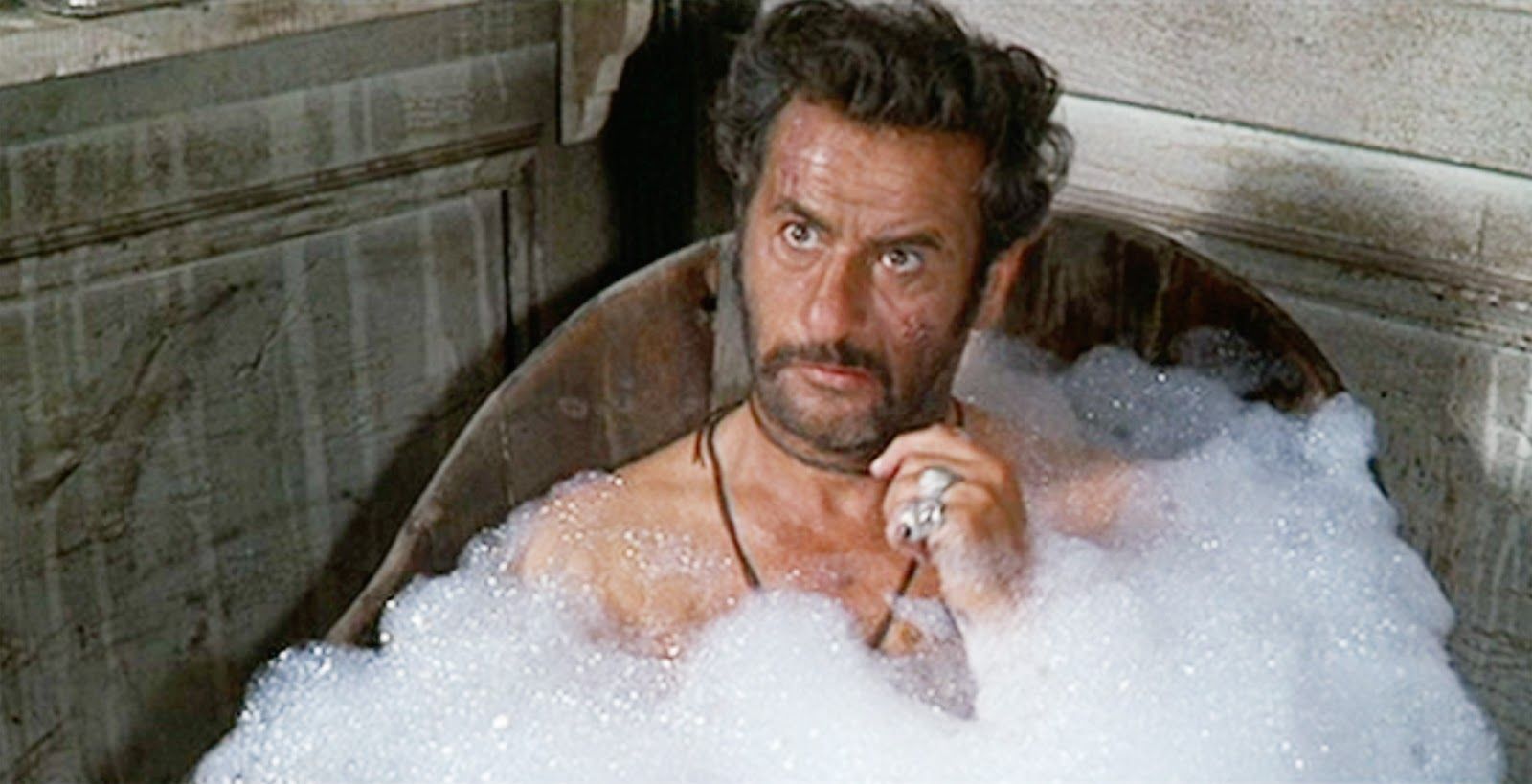 Anand it has some of the greatest film music ever recorded. The music was composed by Ennio Morricone and stands the test of time. It’s a byword for “epic”

The main theme is a cracker, and very famous – but one of the best bits of tune is here: ‘The Ecstacy of Gold‘, when they finally find the cemetery they’ve been looking for, the cemetery with all the buried gold. The loot is in one of those graves.,the one marked ‘Arch Stanton’… all you have to do is find it…

Actually, Tuco finds the grave pretty quickly which is fortunate cos the music’s great and everything but it would be rubbish if this scene was two hours long which seems a more realistic prospect.

That’s why films are great though, isn’t it. They just tell you the story. None o’ the shite!

Watch this film – it is more satisfying than most. In fact, as I said above, it’s the greatest film ever made.

You want another recommendation? I happen to know this is James the Baker’s favourite film.

How is this film only number eight on my list?