Both pubs jackpots are in a rollover status tonight. This is unusual. Come and win the dough.

Meanwhile here’s the cheat clip for tonight’s music round at the Newsroom:

I love Alvin Stardust and I wish I went to see him a few years ago when he played Peebles but I spurned the opportunity and how he’s dead. This is, somehow, a bit like Brexit.

Speaking of which-  I’m not talking about politics any more on Thursdays. I’ve had enough. Thursday is now MOVIE Thursday where I use this blog to detail my ten favourite films of all time.

I know I said that last week but JCS is absolutely banging. It’s the story of the last week of the life of Jesus, but largely from Judas’s point of view and with loads of strong rock music.

And a couple of nice ones too, just to smooth the butter.

This film includes the bit where Judas has to run away from tanks:

The bit where Jesus gets 39 lashes of the whip, to the pounding rhythm of raw rock: 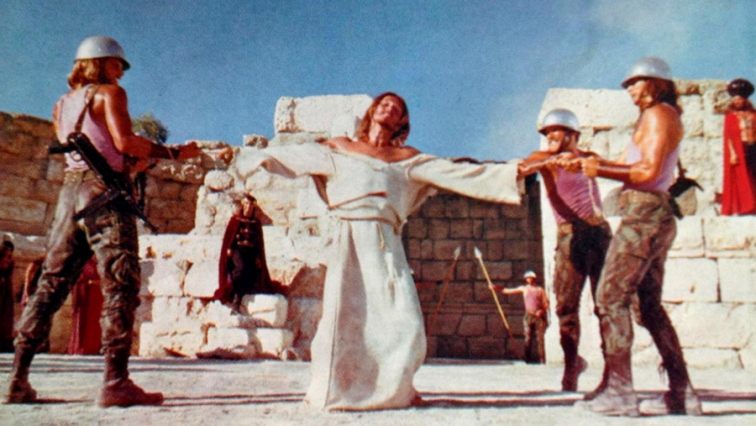 It has the best religious hats of any film from the 1970s: 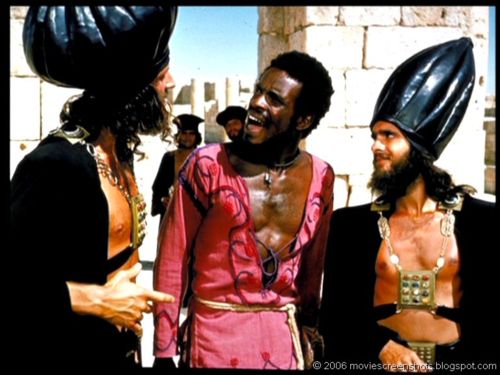 And it’s got the bit where Simon Zealotes goes absolutely mental and redefines dance itself: 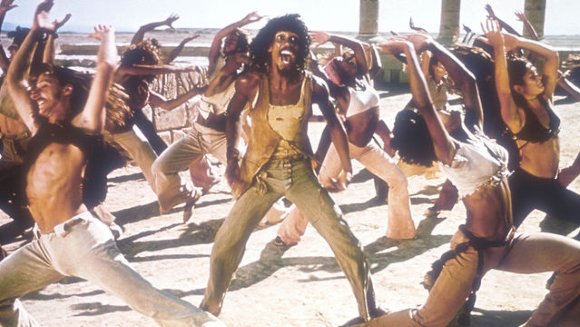 The first ever production of JCS was the original album in 1970. On that cut, the part of Jesus was sung by Ian Gillan out of Deep Purple  – the quality was high.

And, because it was all songs, the Broadway theatrical production which followed was deemed a “rock opera”.

Debate continues over what the term “rock opera” means and whether it has a meaning at all. Is it just a musical with an electric guitar?

Then, a few years later the film was made by Norman Jewison, a director whose other credits include ‘Rollerball’, ‘Moonstruck’ and ‘The Cincinnati Kid’.

Andrew Lloyd Webber (who wrote the music) apparently hated the film but he must be a lunatic.

So is it a rock opera? Does Webber approve? It doesn’t matter. All that matters is the acting is spot on, the scenery is amazing, the songs are unforgettable, the story is tight and emotional and it’s just fucking brilliant.

If you haven’t seen it because you “don’t like musicals”, you need to drop that toxic masculinity shit and get on board.

How is this film only number nine on my list?