We had these Americans in at the Newsroom a wee while ago and they were called #justiceforbradswife. They even had a T-shirt to go with their team name: 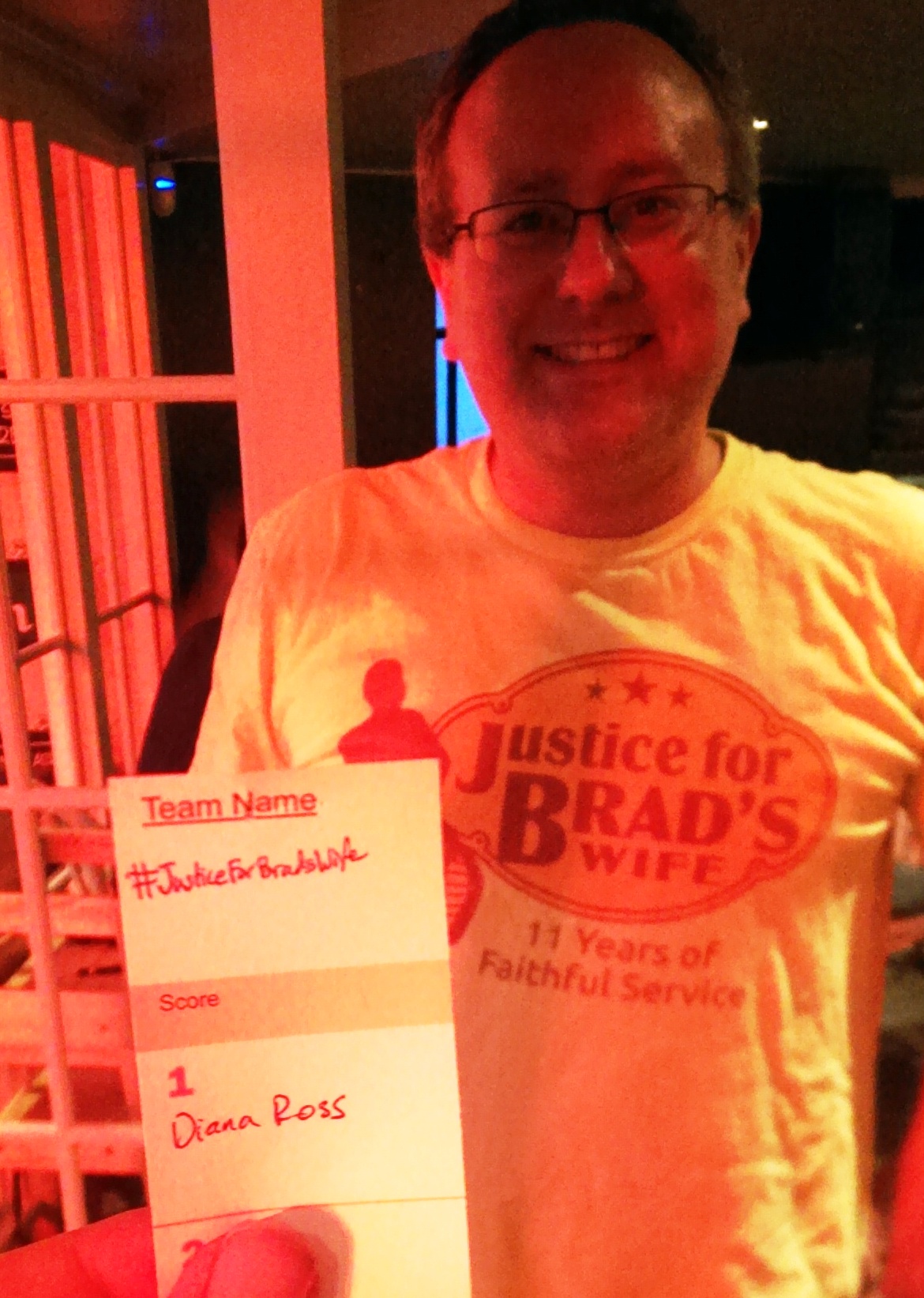 I asked them what this was about. I probably did in a Tom Selleck accent with extra-septic emphasis like:

“Hey buddy, what the heeeeyelll is that about? Pardner? Yee hah!”

They wouldn’t explain but said to look online and that I would see a hilarious story. So here I am, several months later, finally getting round to my investigation.

Who knows what happened in the end? I ran out of giving-a-fuck pretty quickly.

The American in the Newsroom promised hilarity but I think in all the links I have found in the last ten minutes or so I have not ACTUALLY laughed. It’s not really that funny. Someone gote

But then, I am now forty-five years old. When you’re 45 you still laugh at people falling down escalators, but very little else. Seen it all before

Well hard. Team Jake make it two in a row at the S

V big dirty rollover for next Monday at the brass

A few team names from the Joker the other week...

More terrifying than wet paint of any other colour

Albert and Gustav are the ABBATARS and they are us

Breid or Deid. Quiz champs at the Monkey

Married in lockdown and she walked down the aisle

Tash mania at the Monkey #ladycatchers

Edward the seventh statue in Victoria park is tota