A team at the Newsroom the other week dropped a bombshell when they told me that pigeons don’t have penises.

What? Pigeons don’t have penises? Can this be true? Sounds like a man-in-a-pub fact to me.

First thing I found was this piece in The Scientist, which should be pretty reliable. It says:

“… But 97 percent of bird species have lost the ability to grow a penile structure capable of penetration over the course of evolution. They mate instead by rubbing together small openings called cloacae, in a maneuver called a cloacal kiss…”

So 97 per cent of birds mate by kissing their arseholes together? And the birds who have real penises tend to be water fowl and large birds like ostriches?

Surely that’s the info I need. But a quizmaster must be certain. What if pigeons just so happen to be in that 3 per cent cock bracket?

There’s a bloke called George who thinks not. He says he “Wiki’d it” and consequently posted this educational video:

The evidence is fairly stacking up for a lack of pigeon penis, but I think I finally nailed it at this article on keenecommons.net:

which includes this terrific graphic: 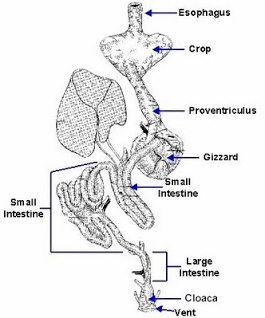 and this killer quote:

In zoological anatomy, a cloaca is the posterior opening that serves as the only such opening for the intestinal, reproductive, and urinary tracts.  Birds also reproduce with this organ; this is known as a cloacal kiss. Birds that mate using this method touch their cloacae for only a few seconds, sufficient time for sperm to be transferred from the male to the female.

So there you have it. Fact proven: PIGEONS DO NOT HAVE PENISES. It’s going in the quiz.

4 thoughts on “Fact Check: Do Pigeons Have Penises?”

Nice people. But they didn't win. But they were ni

Where the bodies are

Does anyone know what this bird is? It was on a gu

Quiz winner. That's what the badge days. Read it a

Oh shit. It's the Black Pudding.

Quite a serious fifty seven