As a quizmaster, I frequently face men in pubs (women too but mainly blokes) who wish to tell me fascinating true and genuine facts.

The usual idea is that I’m supposed to first be amazed and secondly throw their ‘fact’ straight into the quiz (after quickly constructing a great question to match the fact).

One reason for this never happening is that the “amazing” facts are quite often NOT THAT INTERESTING. Flag: this is probably true if your “amazing” fact concerns sport or includes a numerical statistic.

Another reason for me failing to immediately deploy the wisdom is because I need to fact-check everything before using in a competitive quiz, particularly man-in-a-boozer nuggets.

Anyway – here’s the first in a new irregular series where I take a man-in-a-pub fact home and test it for interest and veracity and then try to make a question out of it.

So, someone told me at the Reverie the other night that 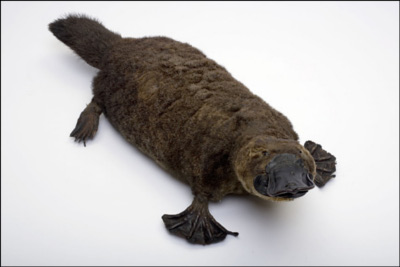 This is reasonably interesting. People like facts about dangerous animals. It creates frisson. Also, Platypuses are at the funnier end of the animal hilarity scale.

Well, let’s see what they say on rainforest-australia.com

“The platypus is the only Australian mammal known to be venomous”

Apparently it’s not enough to kill a man and the only ones armed with the venom are the males. It’s though that they spike each other when fighting for a mate. The poison is delivered via a wee spike above the platypuses rear hell. So don’t fuck with them.

Most importantly though, the truth checks out

With the extra knowledge that the platypus is the only venomous mammal in Oz, I can now create something like this:

Q. What is the only mammal in Australia known to be venomous?

Fairly interesting, completely true and a decent question. Plus, it’s in the science category where questions are harder to come by, so overall I give this man-in-a-pub fact 7/10.