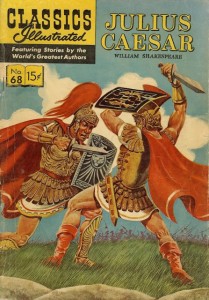 The question, granted, was difficult:

“Give any year in which Julius Caesar was alive”

But I expected and (mainly) got answers hovering around the BC/AD nominal era cut-off point.

But one team did write:

Which would mean that William Shakespeare was writing about a contemporary rather than a distant historical figure from ANCIENT Rome.

Quiz trauma at the monkey. One question away. The

Winners last Monday but I never got a winner photo

The patron Saint of tips #hanksalot

The misery and the suffering when you don't quite

Scabbiest voucher of the week

Me thinking of quiz questions, recently

Terrible prize I thought. Winner said they were "a

Everything I Touch Turns To Poached Eggs. Winning

Americans at the quiz and they DID NOT COME LAST!

The Beerkats. Alive and winning at the Strathie

Fifty quiz quid. That's the way to do it. Thanks,

Floppy is a turtle who runs the entire universe. (