The other week, Channel 4 came to the Newsroom to film the Dr Paul pub quiz.

The quiz was filmed as one episode new show which will me broadcast as a 5-episode pilot.

The show is due to be shown on telly sometime in May but scheduling of these type of things often change. If you want to know when its going to be on, I recommend either signing up to the email or joining Dr Paul facebook

The idea for the show is a pub quiz road trip. Five people are thrown together to make a quiz team and they travel round the country competing together in pub quizzes for five nights in a row.

Every night they attempt to win a quiz and then get back in the camper van to head to the next location.

At the end of the week, the team collect everything they’ve won and vote amongst themselves to decide which team member deserves the spoils the most.

Channel 4’s team for the pilot included bubbling Edinburgh resident Lauren Berning who knows her Dr Paul quizzes and is part of the TBC Improv crew. Lauren comes from the States and no doubt added a bit of pizzazz to the otherwise-British quiz team. 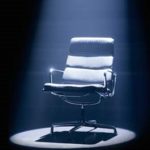 One of her team-mates was poodle-maned madman Alan Hazlie from Glasgow who loved the Dr Paul quiz so much in my Glasgow days that he became a Dr Paul quizmaster before striking out on his own.

The other three I didn’t know but there was reputed to be a Mastermind contestant in there so they were no fools.

By the time they reached the Newsroom it was night 4 of their quest; they had already quizzed in Aviemore, Inverness and Dundee. The night after trying to win the Newsroom quiz they would be on their way to Moffat for the climax of their week.

This is the first time Moffat has been used as a climax for anything.

You’ll have to wait for the broadcast to see how the TV team were doing but I think its fair to say that there was a bit of in-team tension going on by the time they faced the might of the Dr Paul quiz teams.

The quiz itself wasn’t quite the usual Dr Paul situation. The program makers did not have a budget to paying for PRS for music so: no I was barred from playing music.

I don’t just mean no music round, I mean no music and, of course, I play quite a lot of music in between questions. Silent Bummer!

Also, they couldn’t pay for rights for still pictures, so no picture round. Visual Bummer! 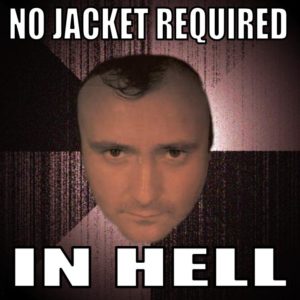 Plus they were coming down hard on defamation – so no Riddle of The Beast. Beast Bummer!

I had to show them the questions beforehand for fact-checking and taste and had several questions rejected. Including this: “True or False: technically speaking, the Pope is NOT a Catholic?”

This is one of my favourite T/F questions but was rejected on the  grounds that it “may cause offence”. Help ma boab!

I was allowed to keep the question “What are there more of in Scotland: left handers or ginger people?” on the provision that I change “ginger” to “red-haired” because “ginger” is, apparently, an offensive term.

In any case, we had 17 teams turn up for a chance at TV glory but it was our old friends THE DUDE ABIDES who came out on top and finally made off with the £75 that the Newsroom had rounded up (that’s right: Channel 4, despite being a national broadcaster, also didn’t put up prize money).

Let’s hope the show works out, althoguh I suspect they might have to play with the format a little bit.

The director seemed troubled that their TV team had been relatively unsuccesful, almost as if it was expected that they would be winning a lot of quizzes just by turning up. Real pub quiz truth: its not that easy.

Here’s some snaps from the night: 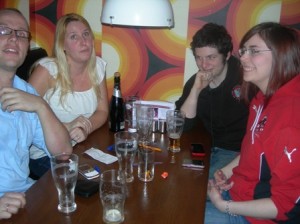 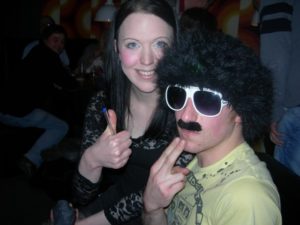 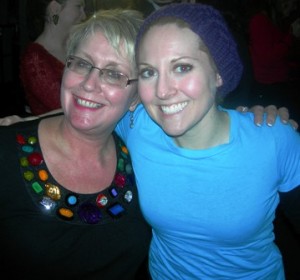 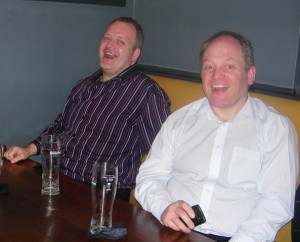 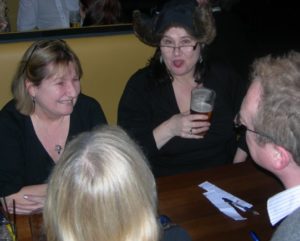 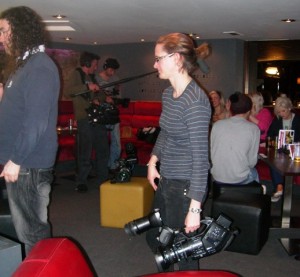 The Black Pudding. Fear has a name.

"The Fuckable M + Ms". Champions at the Monkey #dp

Guy won some spoons and is now happy. That's the p

Last place at monkey Leith and they all had their

Jackpot time for these winners

Toilet walls: keeping you up date with the latest

Winning squad at the brass

Pepeeja victorious at the Safari. Your turn next w

Winners tonight at the various monkeys