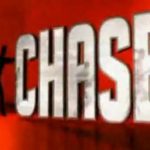 I’ve been applying to TV game shows to be a contestant and this is the story so far:

The Chase: PASSED audition – but FAILED to progress from shortlist to becoming actual contestant.

Deal or No Deal: filled in application form a while ago and haven’t heard, so looks like I FAILED.

So how do you pass auditions? I got an email from Alison asking me how she should go about passing her forthcoming audition for The Chase which is coming up in March.

Of course, The Chase is the only one I’ve really failed to get through, so perhaps she’s askign the wrong person.

But I did get to the shortlist so I must have done something right.

The audition is a chance for the TV company making the show to size you up. They have a profile and they want you to fit that. The reasons why you do or don’t make it are up for grabs and there is endless debate amongst quizzers as to whether or not you should underplay your knowledge or whether you should be more or lesss exuberant.

It’s dark arts and smoke and mirrors, so taking it all with a pinch of salt, here are some rules of thumb that should help you, Alison.

Your best bet is always to directly ASK the production staff what they are looking for and play to that.

Good luck with the audition Alison!

10 thoughts on “How To Pass A TV Gameshow Audition”

The Black Pudding. Fear has a name.

"The Fuckable M + Ms". Champions at the Monkey #dp

Guy won some spoons and is now happy. That's the p

Last place at monkey Leith and they all had their

Jackpot time for these winners

Toilet walls: keeping you up date with the latest

Winning squad at the brass

Pepeeja victorious at the Safari. Your turn next w

Winners tonight at the various monkeys