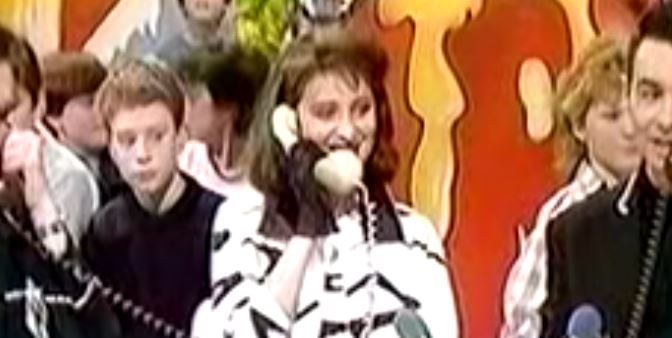 Did everyone survive the storm? I’m so happy for you.

Now get to the pub.

Here is the cheat for tonight’s Brass Monkey music round: it’s a piece of music by an 80s band that you are way too young to have heard of.

Obviously I’m incredibly old, so I remember the Thompson Twins and I remember hem being a big deal at the time. Not on the same level as Wham! and Duran Duran, but not too far behind. Maybe as big as Five Star, and certainly bigger than Matt Bianco

Nup, ye’ve not heard of these bands-for-comparison either have you?

The only thing you need to know about Matt Bianco is that someone once phoned up whatever Saturday Morning TV show the BBC had at the time (I tihnk it was ‘Saturday Superstore’) and called them “wankers” live on TV.

This was before Twitter or anything like that. Calling famous people wankers is completely normal these days. I’ve even made a side-business out of calling people worse.

But back then it was groundbreaking.

In fact, come to think of it, surely this moment is on youtube?

Ah, of course it is:

Anyway – that’s nothing to do with Thompson Twins. The only hilarity about them was the often-repeated amazement that none of them were called Thompson and they weren’t twins either (there were three of them).

And that was thought of as funny at the time. You know, we all suffer from nostalgia but sometimes when you look back you think “Maybe the 80s were shite”.