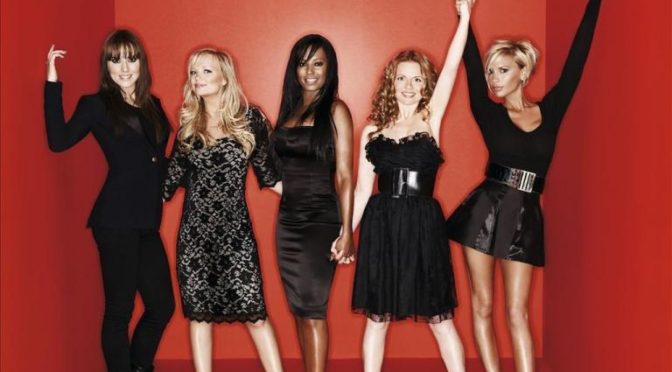 Currently in the middle of Refurb. (should be re-opened before Christmas)

Here is the cheat clue for tonight’s music round at the Newsroom. It’s former Spice Girl Mel C when she attempted to prove to the world that she was rock.

Mel C’s job title in the Spice Girls was “Sporty Spice” which meant that she wore tracksuits and did backflips.

This was one of the better roles in the Spice Girls, being defined by action rather than age or body type.

Ginger Spice? Is that all there is to Geri Halliwell, her red hair? Having red hair is enough to constitute a character?

The “Baby Spice” nickname carried worrying overtones and hardly provided a great launch pad showbiz longevity, given that Emma Bunton is now 43 and is still best remembered for her resemblance to an infant.

I’m sure I’ve pondered the meaning of “Scary Spice” before on these pages.

What exactly made Mel B “scary”? According to the Spice Girls page on Wikipedia, the nickname was due to Mel B’s…

But you have to wonder if there was some underlying racism in the name.

Would she really have been called Scary Spice if she’d happened to be white?

Could Mel B ever have been the “posh” one? I have no idea, but I do wonder.

Meanwhile, the “Posh” name probably worked best of all, long-term. This defined Victoria Addams (now Beckham) as a high-profile woman who was interested in fashion, being posh and pouty and all that.

She has succesfully jumped up from this character platform onto a higher level that involved a real career building an actual fashion empire, with no cognitive dissonance getting in the way – the character remains intact and she did a great job putting the character to work for her.

As for Mel C, she keeps plugging away, bringing out the occasional record.

Her last album got to number 25 in the UK charts which is much higher than any of my albums have reached, but still…

Anyway – The Spice girls are highly unlikely to be at any of the quizzes tonight so if you want to be Sporty, Posh or Ginger tonight, then aint no-one gonna sotp you.

Remember: the Strathie has cheap drink and the Newsroom is handy for buses.