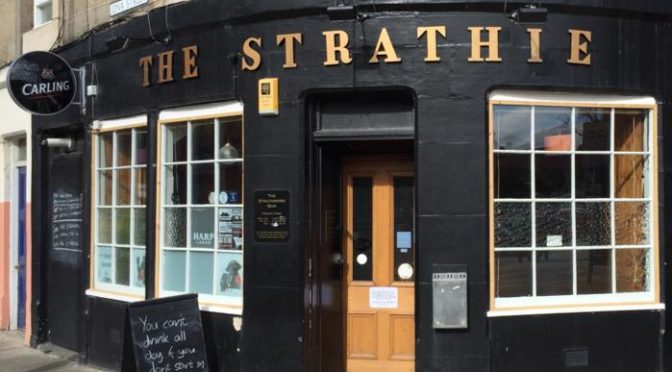 Currently in the middle of Refurb. (should be re-opened before Christmas)

Here is the cheat clue for tonight’s music round at the Strathie. It’s former Jet who are listed on Wikipedia as “Jet (Australian Band)”:

In terms of guitar bands, Jet filled the role of “next big thing” for a wee while in the early 2000s.

But it didn’t last.

This was their best known-tune, it was their debut hit and it remains their highest charting song in the UK chart.

After flogging it for a few years, Jet split in 2012 but after a while out of the game they reformed in 2017.

Perhaps they thought there was a way out but eventually saw that this is what they were: rock and roll musicians in a rock and roll band.

And you can’t escape your fate.

It’s a bit like quizmastering, or working in bars once you get past 30 years old.

Suddenly, without realising it was happening, you wake up one day and notice that you’ve been doing the same job for 10 years. And then 20 years.

The taxi driver I had last night was telling me that he only meant to do the job as a stop-gap and never thought it would be for him and that’s him still driving drunks around, 20 years later.

He’s not sure how it happened.

Careful what you start!

Remember: the Strathie has cheap drink and the Newsroom is handy for buses.