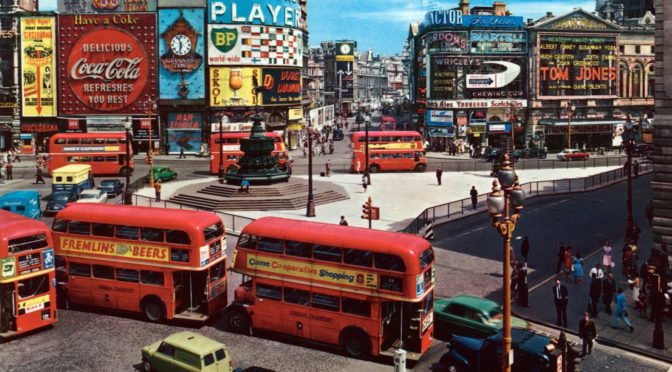 Note! The Raging Bull quiz is changed it’s start time last week and now starts at 8pm. Don’t miss out on the big jackpot there tonight.

First is a proper old sixties banger by Manfred Mann:

The video is great, it’s just a load of old London sixties footage, packed with lifestyles and stereotypes. You’ll learn nothing by watching it but it’s enjoyable.

I’ve not read the youtube comments because not doing so is good for mental health, but I imagine the comments are full of gammon saying things like “When Britain was British” and “Music is shite nowadays” and “Support are boys”.

The youtube comments I really don’t get are the ones from younger people wishing they could go back and “be alive” then, solely based on a love for the music.

The point of recorded music, which has been around for a hundred years and was perfected for the mass market round about sixty years ago is that we can enjoy music on an ongoing basis.

You don’t have to live in the sixties to enjoy sixties music.

It’s the same reasoning that means it’s not too sad when a music legend dies because they RECORDED their hits.

When David Bowie died a couple of years ago, did people stop listening to the Laughing Gnome?

And, if you did live in the sixties you would miss Suede because they weren’t cranking out the pop until the nineties.

And that’s the other music round clip for tonight, which applies to the Brass Monkey on Drummond Street:

Suede were also very London, but from a different time – singing about drug abuse and cheap sex in a dirty-glam and beautiful kind of a way.

It was an album track so there’s no official vid.

The fan-made video makes no sense at all – just still cuts of atmospheric moonshine, misty beaches, green mountains and night-time cityscapes. But it gives you the lyrics.

In the words of Mike Read: “That’s Tasty”

Whichever quiz you come to, we’ll see you tonight!