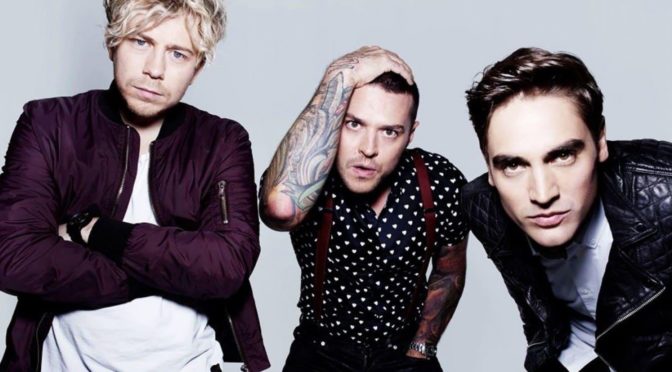 Currently Closed for Refurb. (see below)

The Ship is closed for a a big refurb, so no Musselburgh quiz for a few weeks (or possibly months).

Kerry will return but if you’re over that way, remember that she has a new quiz at on Monday at the newly opened Portobello Tap. Monday 7pm.

Here are the cheat clue for tonight’s music round at the Newsroom. It’s three-man wanking-triangle, Busted.

The video includes a stunt in which Busted chase a Concorde which is belting down the runway, about to take off.

The scruffy post-pop urchins of music jump from the truck onto the undercarriage just as the plane is rising and successfully board the plane.

Then James Charlie and Matt (that’s their names) somehow make their way up into the cabin where they proceed to make female air steward staff members want to have sex with them by using charm tactics (including throwing peanuts around, like a monkey).

I’m no charm or aviation expert, but surely this is all bollocks?

According to this article on stowing away, the chance of dying while stowing away are placed at around 76 per cent.

The true figure is probably higher, given that stowaways often fall unconscious and can easily fall to their deaths when the undercarriage opens, something which can be undetected.

As far as I can tell, there is no door from the wheels to the seats.

The motive is also bollocks. The article notes that most aeroplane stowaways are attempting to escape hostile living conditions and that most recorded stowaways board flights from war-torn regions towards Western Europe and the USA.

The article doesn’t mention any real historical incidents of anyone from a pop band gaining sex with a stewardess by stowing away in the undercarriage.

Pop stars usually gain sex by standing in discos and being recognised.

So the Busted video is pure bollocks but it’s OK because so is 94% of pop culture. And it’s also OK cos the Fringe is nearly over. September is so nice!

If you have stuff to say, you can always say it on the Dr Paul Quiz Group on the FACEY.