Plenty of money on offer at the quizzes tonight. Come and roll the dice.

Here’s the Classic Roy Orbison song in the music round at the Safari tonight:

Some people think Orbison wore the shades because he was blind but he wasn’t blind, he could see just fine.

We were chatting about this the other week at the Monkey. I think it was with wild Orcadian/Shetland (whatever) Sandy whose theory was that Orbison without shades was a stunningly ugly prospect. 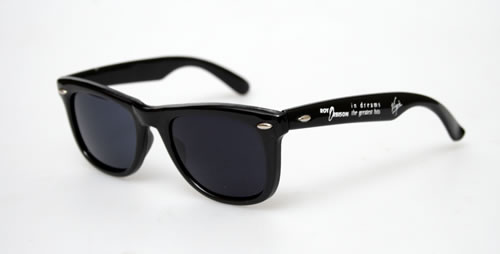 This reminded me that Orbison was temporarily in the Travelling Wilburys supergroup, along with Bob Dylan, Tom Petty and George Harrison (until curtailed by death) and that this weird supergroup also contained Jeff Lynne, another musical genius who insisted on wearing shades all the time due to physiognomic unfortunateness.

Could this be the only supergroup of all time to include TWO members who wore shades at all times because of ugliness AND to have a box set of greatest hits reach number one in the UK Charts?

If only Norris McWhirter was alive. He’d know.