Last week Britain was temporarily interested in the monarchy as #longestreign became a Twitter hashtag and Elizabeth celebrated coming out from the correct fanny and then having an appropriate vacancy open up through abdication and death, meaning that she has become the de facto head of a particular country of about 60 million people for longer than anyone else has been de facto head of that particular country. Hoo fucking rah.

Anyway, to “celebrate” I asked teams to make a portrait of the Queen. Here are some of the results: 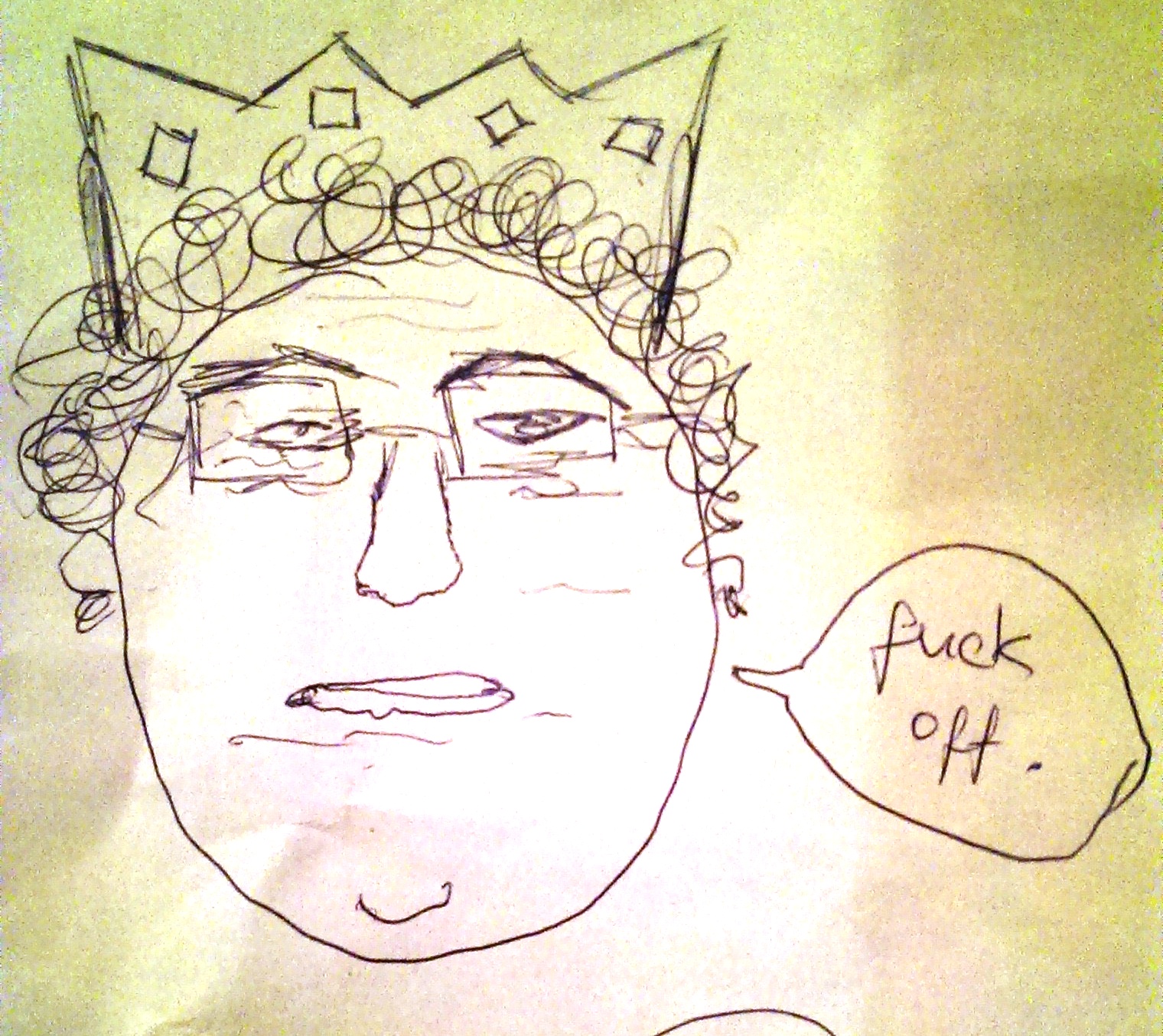 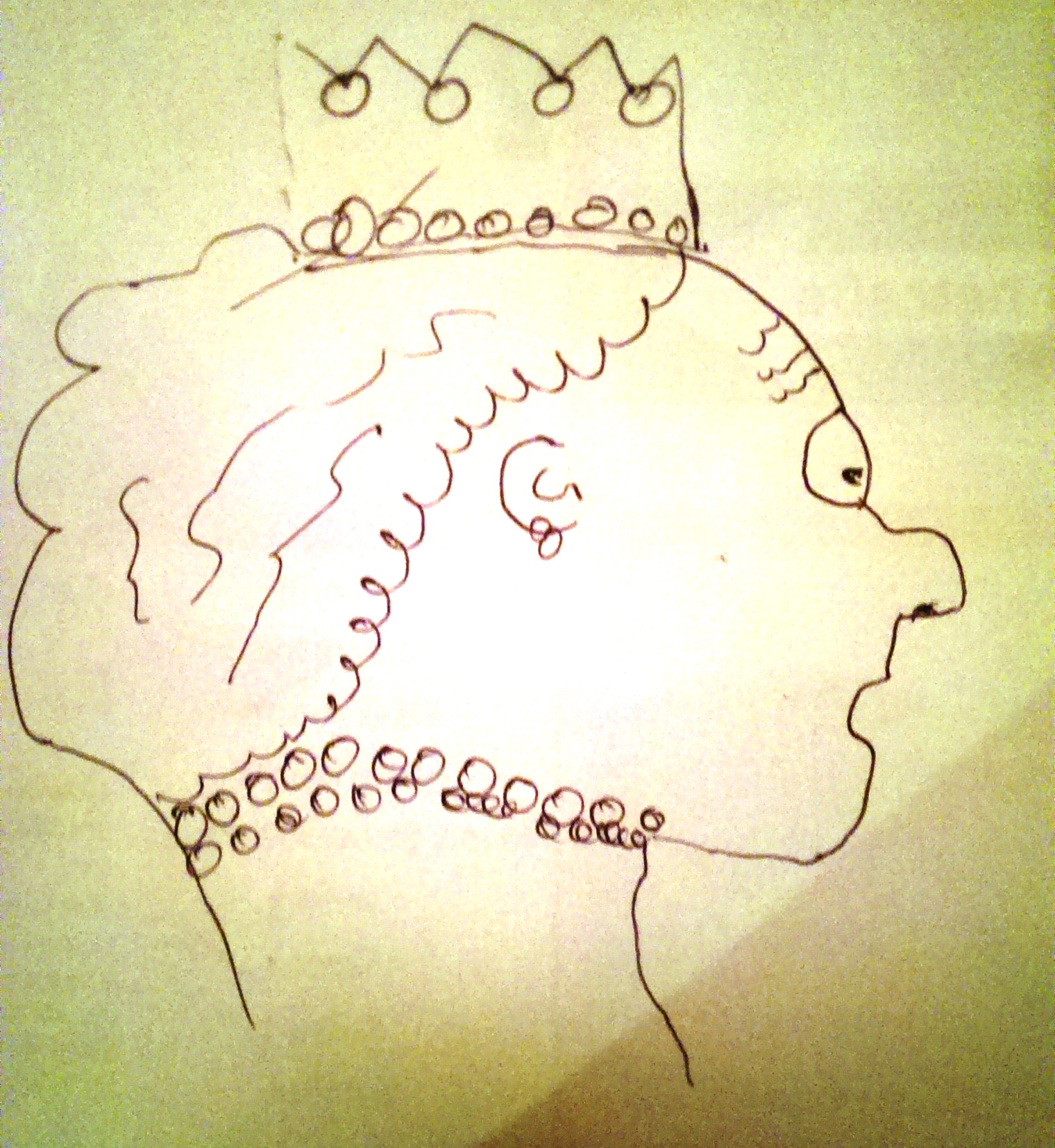 I kind of ignored this at the time but now I’m thinking it should have won. It’s like the Elephant Man has been flattened by a milk float. It would make a great stamp. 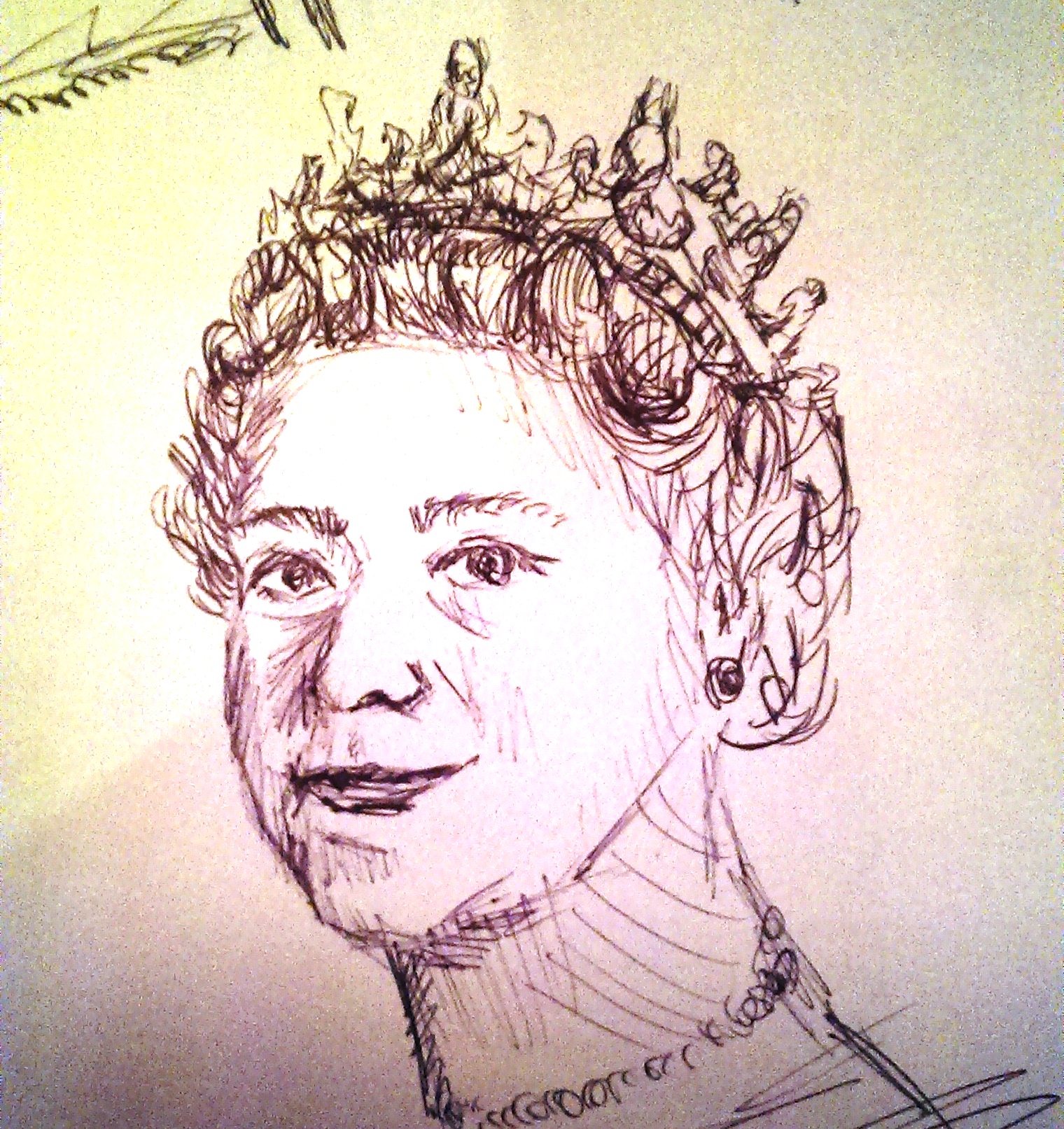 This was one of the “proper drawing” efforts. Aye not bad. 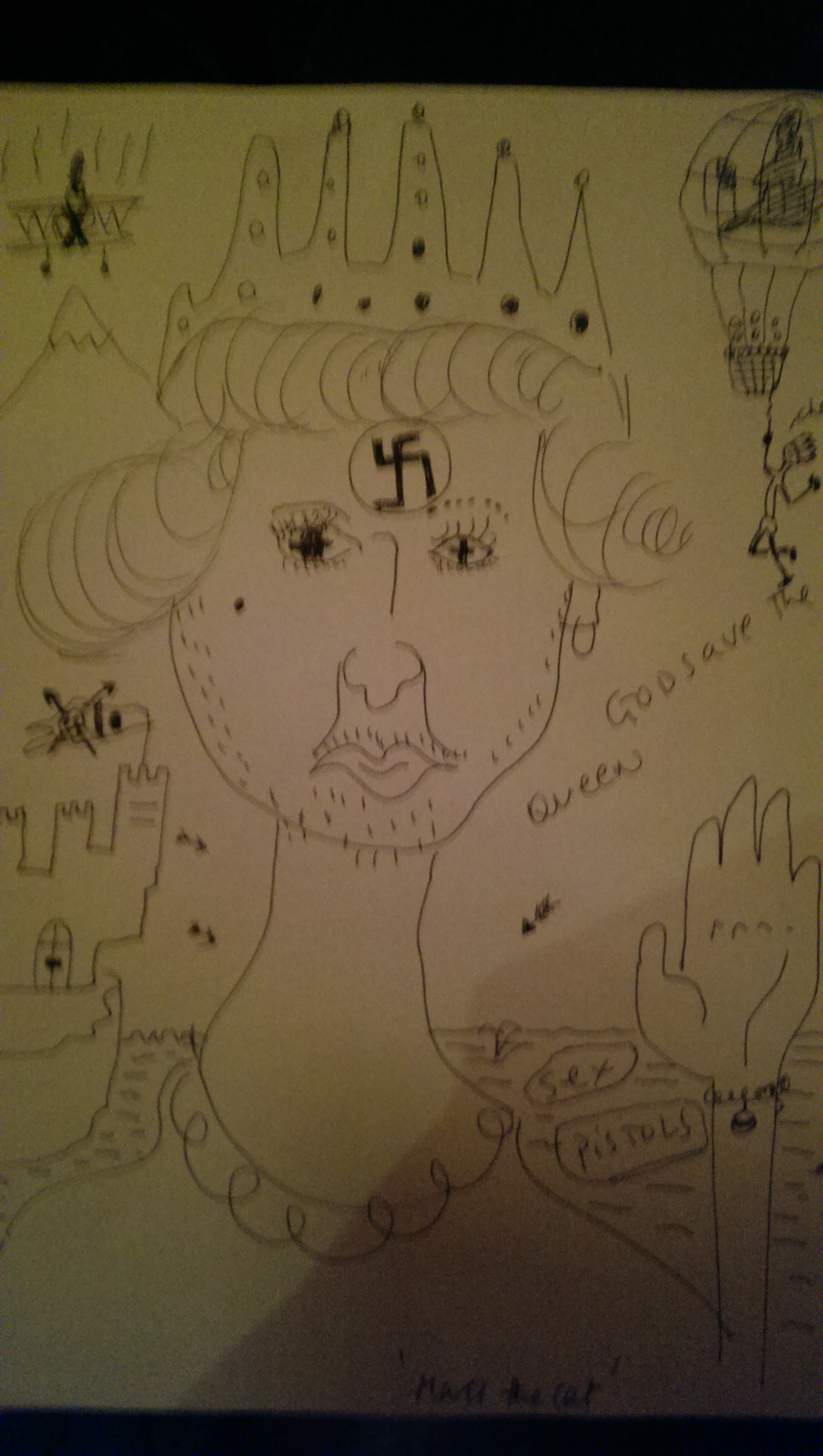 A dark image from a dark mind 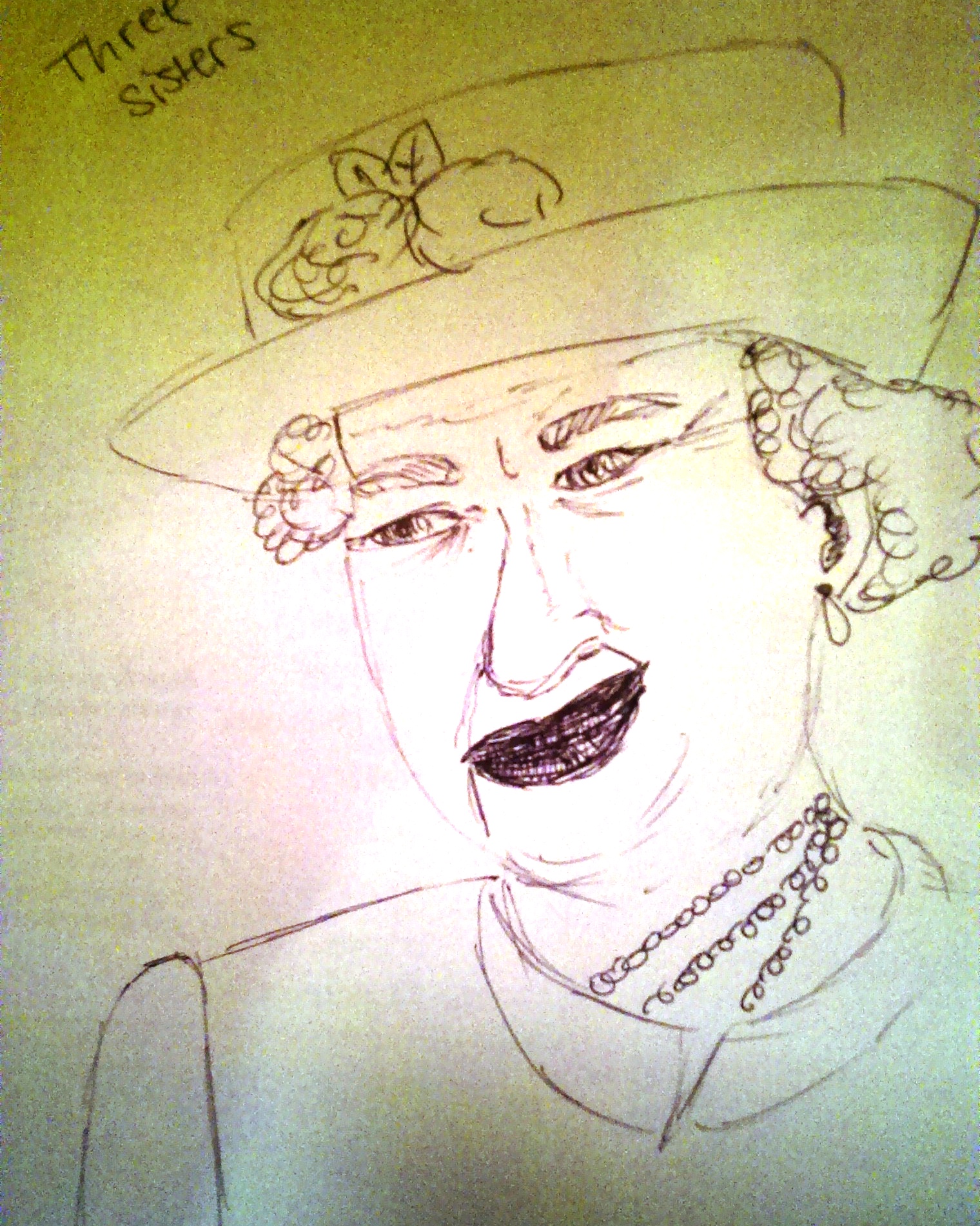 Another “proper drawing” effort but this one has more charm, I would say. 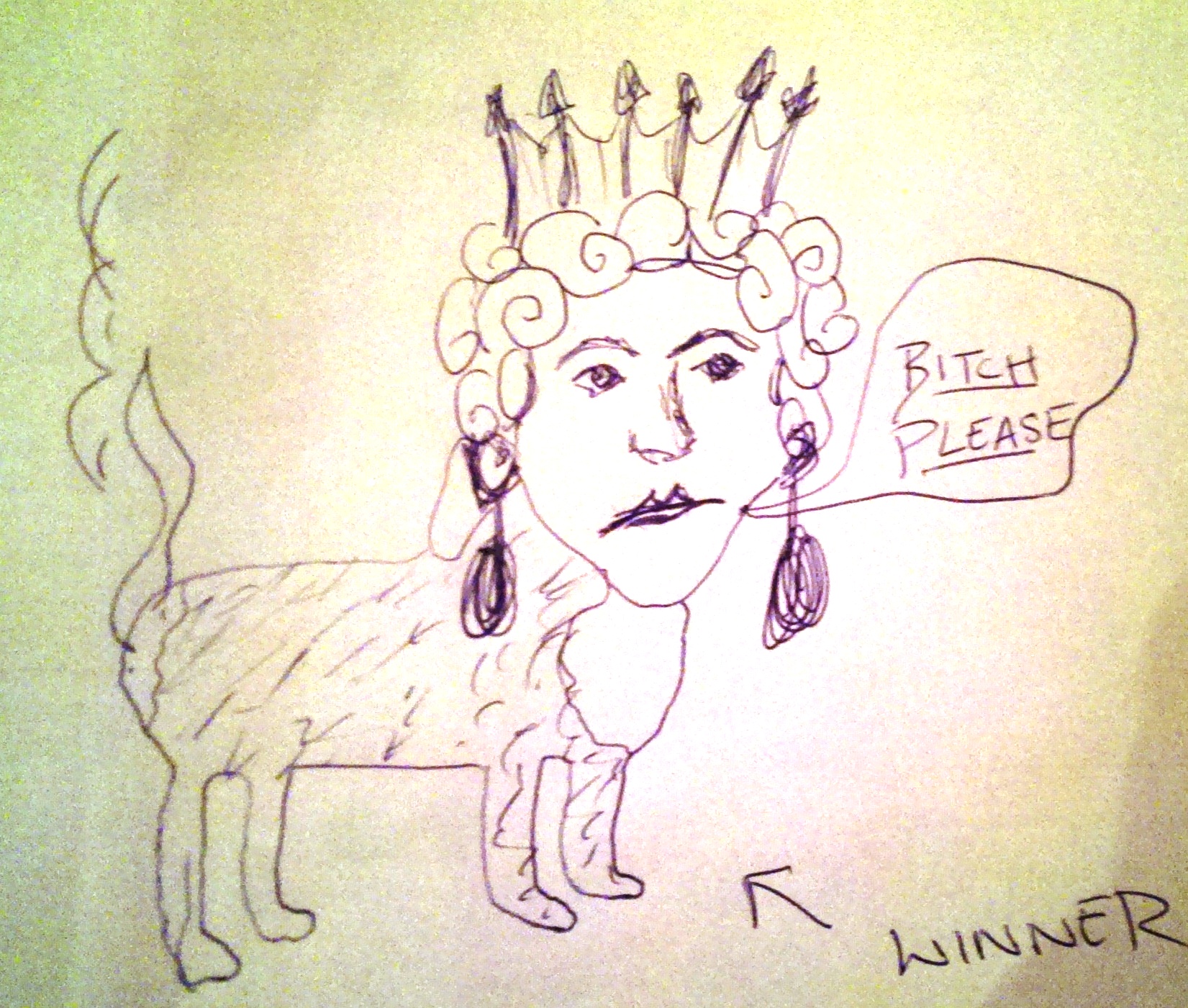 The Queen is a dog. 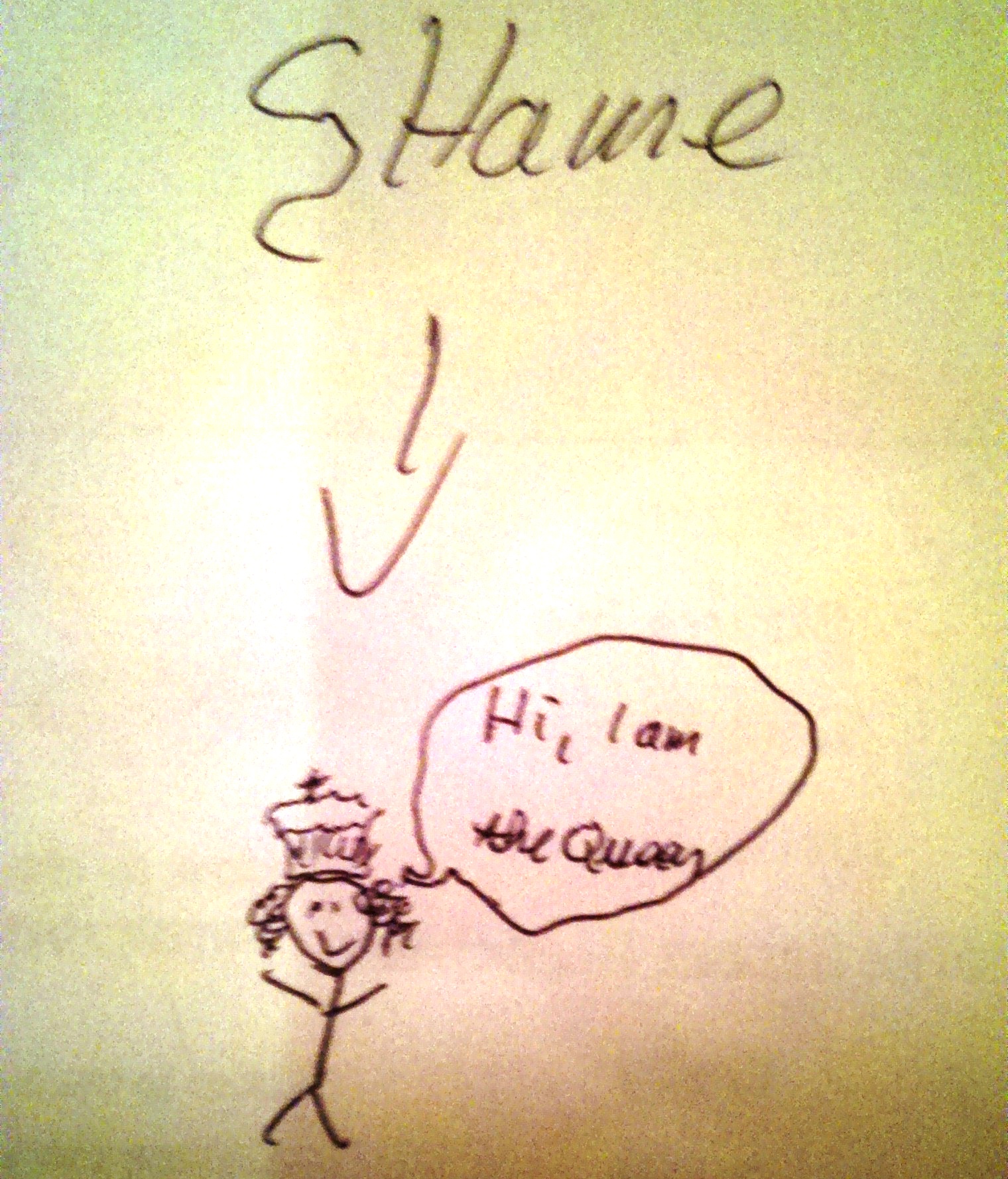 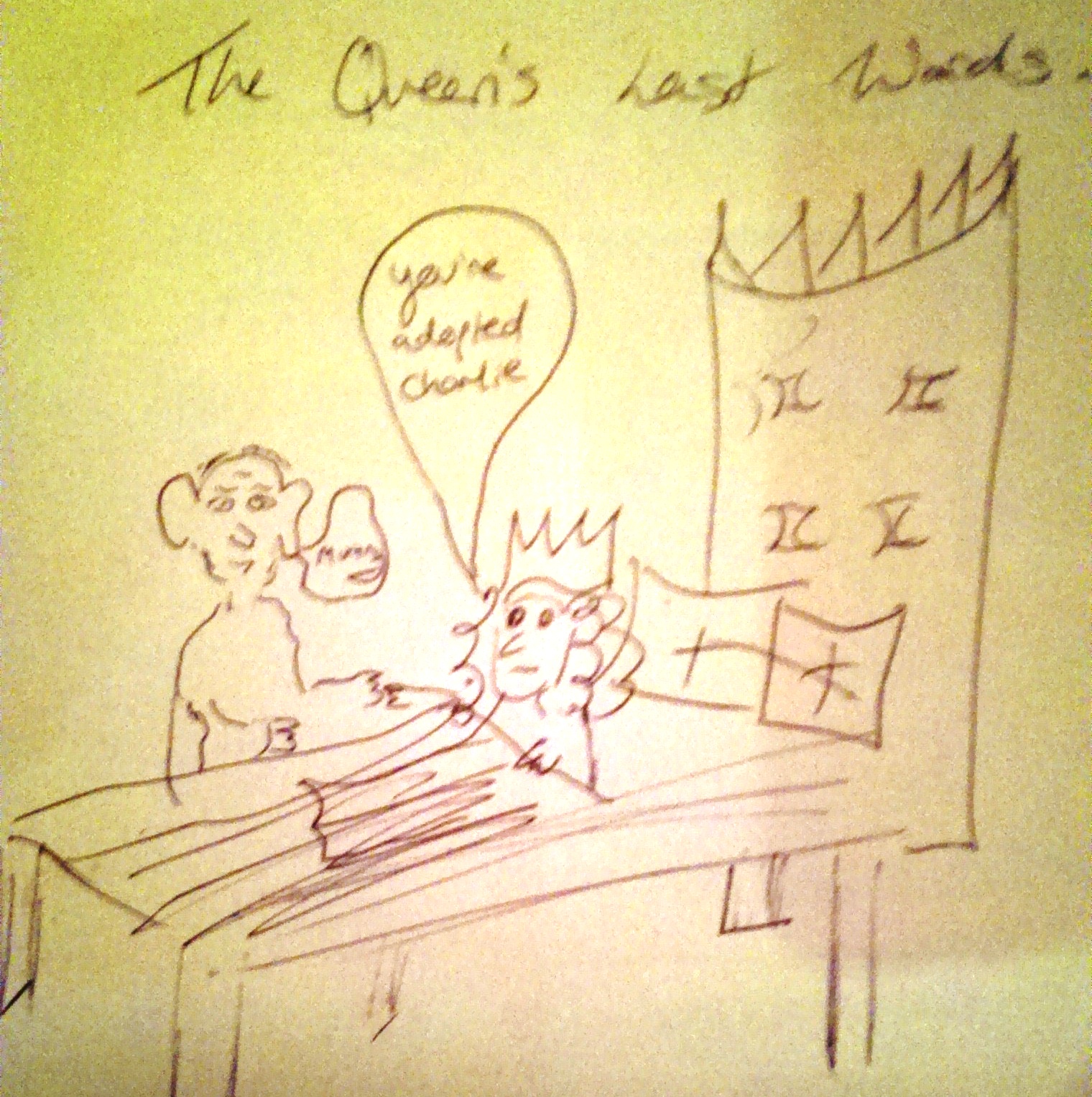 Shocking deathbed scene lays waste to any meaning Prince Charles may have enjoyed during his life. 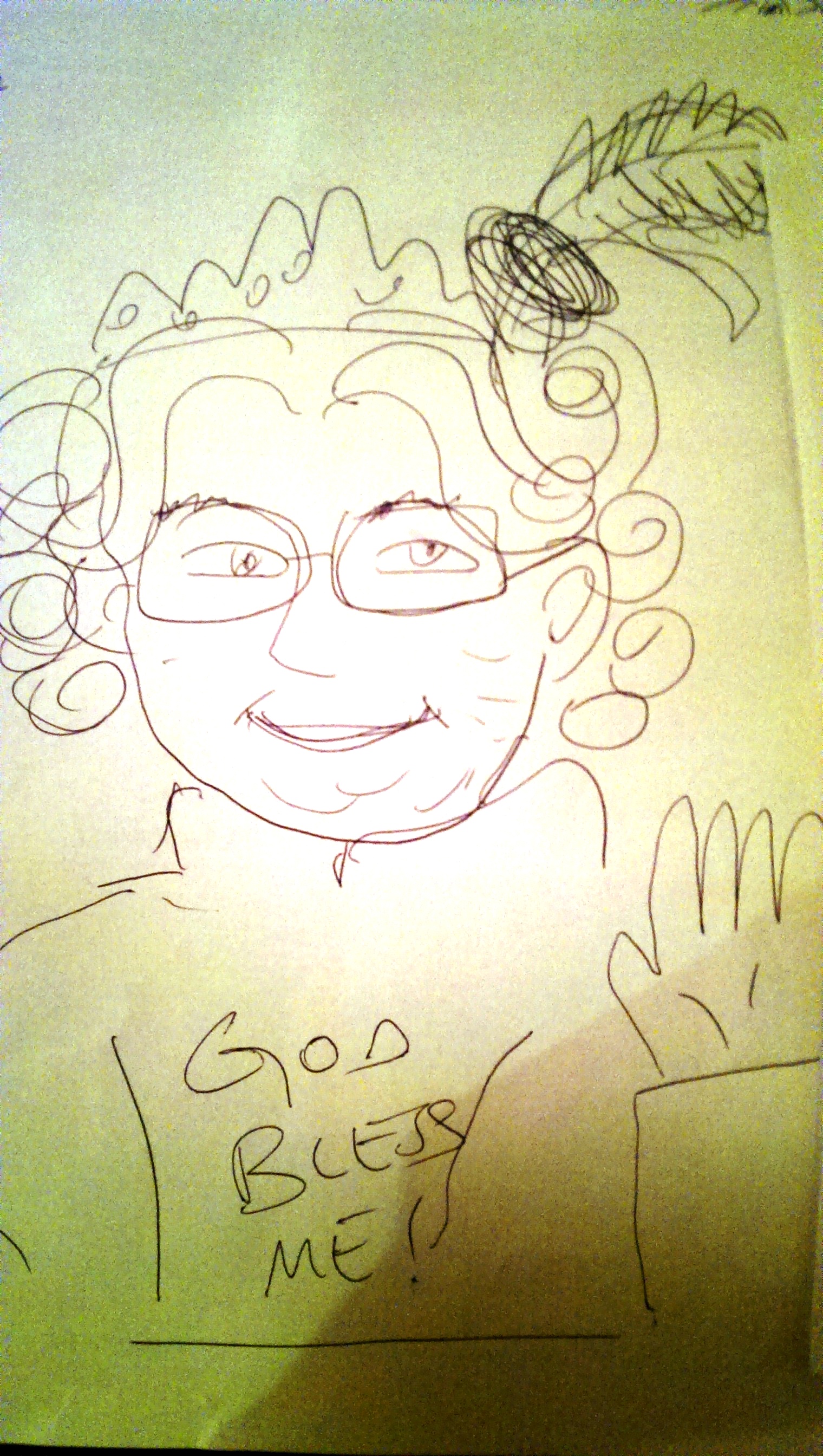 This came from a foreign team. I guess this is how they see her abroad… kind of like a lady version of Harold Bishop.

7 thoughts on “This Is How We Feel About The Queen”