The kitchen at the Reverie came up with the BEAST BURGER last Monday which is made out of orphans. 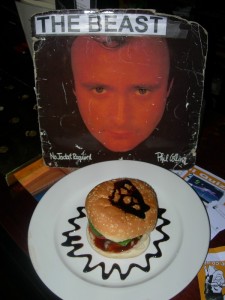 To celebrate, we staged a quick BEAST drawing contest in which you had to draw Phil Collins engaging in an act of evil.

Here are the entries (click on any of the pics to see full size): 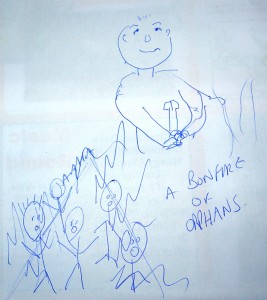 Phil Collins is wanking over a bonfire of orphans. 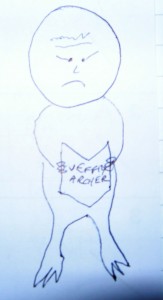 Phil Collins is reading a book by Jeffrey Archer

Phil Collins is imagining Sarah Palin for president of the USA while tending a drum full of dead babies. 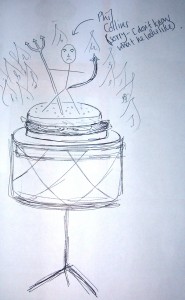 Phil Collins is using his stick-man powers to bestride a burger on top of a flaming drum kit. 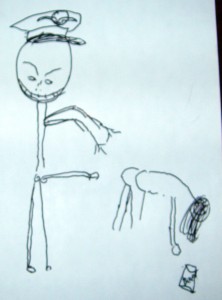 Phil Collins is about to insert his cock in a child who has been tempted to bend over by a tin of beans which the Beast has laid as bait. 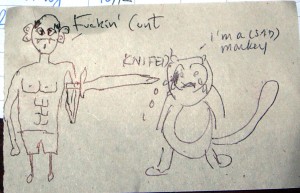 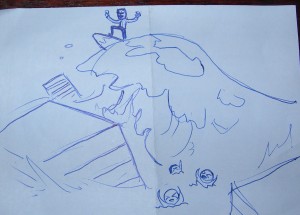 Dan who works at the Reverie is a proper artist and picked the wanking-over-the-bonfire of orphans effort as the winner. 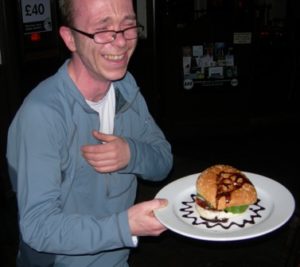 Nick from POINTLESS BIRTHDAY picked up the burger but, as it happens, had already had his tea and so passed the burger on to THUNDERCUNT who later declared the burger to be “a bit gak” but what do you expect when its made out of children?