Thanks to Lauren from To Be Continued who was in the Reverie on Monday for the quiz and managed to supply a bonus prize of 4 x tickets for her improvised comedy troupe’s show at the Pleasance this Thursday night (23rd Sep 2010). 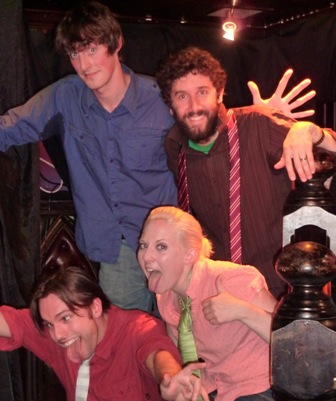 I gave them away as an extra prize in the jokes round and I can’t remember but it may well have been the George Michael joke which won.

Anyway, go and see these improv people. I have seen Lauren in action and she is very good, she’s the blonde with her tongue out.

Also, I saw the chap with the beard once and he was very funny also, despite my previous prejudice that improvised comedy is shite.

So go and see them. Probably very good.