LET’S GET QUIZZICAL were the overall Champions for April and they cashed in when their Million Pound scratchcard bore shocking fruit: fifteen quid! 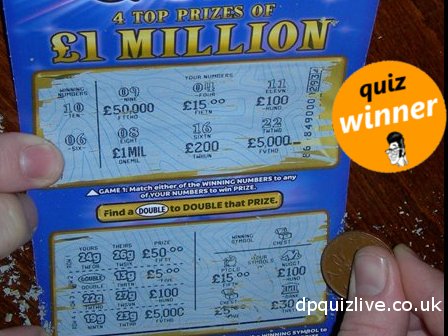 The team followed this success with a hard-fought close victory over THE DEAL.

And soon, they found  themselves facing THE BEAST for £80.

Question: Who is or was Phil Collins’s favourite James Bond?

Rachel from the Quizzicals chose correctly: its Sean Connery because of his brutality and man’s man charisma. Result: £80!